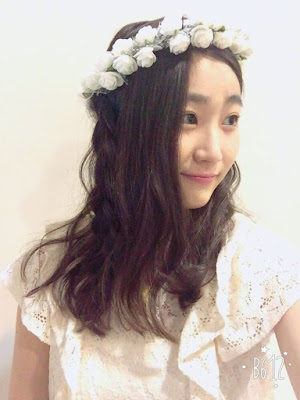 I've intended to write every day, but by the time I notice, there's already not enough time left.
I began to write a daily diary, but it ended up with just scattered entries and no entries at all over two months...

I've always been someone who starts things but doesn't finish (´ ･ω･ `)
I want to do it somehow. I have to cure myself of this.

Yesterday and the day before was our first handshake event!!
Thank you to everyone who came ( ´ ` )♡

As I wrote before, I came out in a rash and was so uneasy and nervous that I couldn't sleep.

But little by little, everyone's words helped my nervousness go away!

The kind words of even people who were supporters of Shihorin and Memi-tan made me so happy. [Sarina was paired up with Katou Shiho and Kakizaki Memi for the events.]

The Keyakizaka46-sans, and everyone, were extremely nice. It was such a lovely time ♡

I was extremely nervous before the mini-live, but the kind shout-outs from so many people made me so happy that tears came to my eyes (T_T)♡

We were able to watch the Keyakizaka-sans' performance from the wings and the way their feet came down "bing" all together, and the total intensity of their expressions was so moving.
Even just being able to stand on the same stage as people like that was such happiness.
We got the chance to learn so much in those two days!! 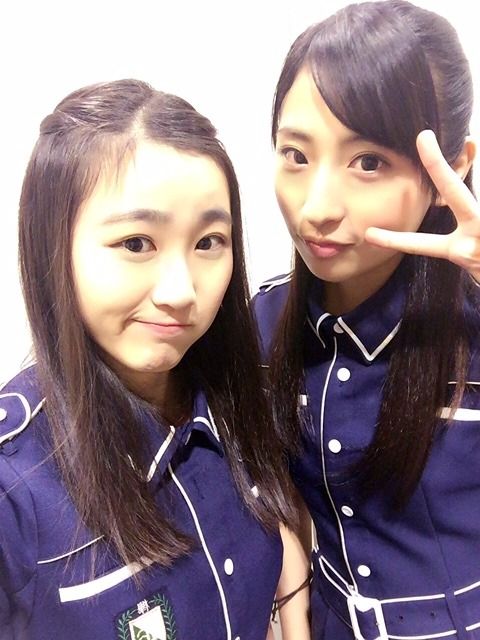 I really hate my appearance: my face is so big that I try to hide it with my hair as much as I can...(sweat)
My mother even calls me "Sadako"..lol
When I'm out with my friends it's even "Sadako hair!"
I only tie it up when I'm doing phys ed! Lol. 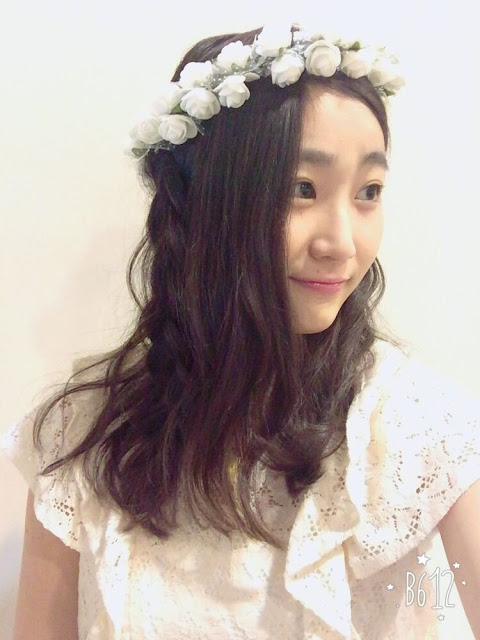 For the handshake event, we all wore flower crowns ♪ There were three colours~!!
This is the first time in my life I've worn such a cute hairstyle ♡ I can count on one hand the number of times I've even curled my hair...(´ ･ω･ `)

Thank you for reading right to the end.

"Sarimakashii" appear to be real or attempted Bahasa Indonesia. I'll edit this post when I find out what it means.