The two Niigata performances are over!
Thank you very much to everyone who came by. 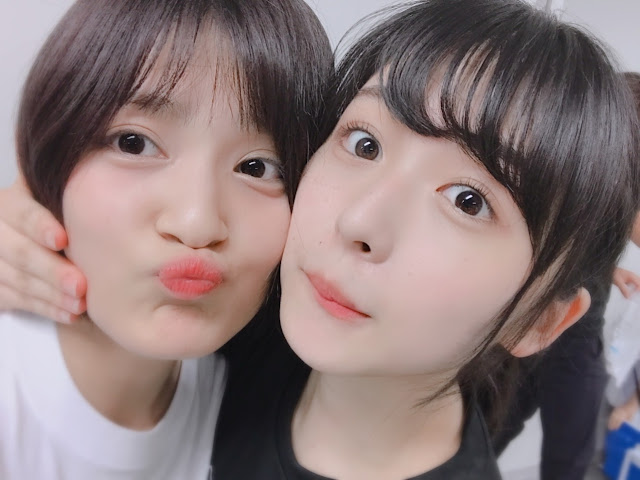 Read more »
Posted by kenkyuusei at 16:30 No comments:

Another wonderful Showroom from Memi, who seems to be more mature and capable every time I see her -- but still so natural and real.

She shepherded Techi through that "Selfie TV" feature from the new release, contributing a lot to Keyakizaka, I believe. They are friends, and perhaps that was the only way Techi would happily make such a feature. I don't want to overestimate the possibility of romance, but it sure was great to see Memi practicing her heavy-hitting embraces on Techi.

Now here's Memi, probably forced to do a SHOWROOM to advertise the upcoming Magia Record stage play. Memi seems to like to concentrate on her singing and dancing and acting. She blogs and messages more than Techi or Suzumoto, but not as much as most members.

Her last SHOWROOM was almost two months ago. For a fan such as me, every one is gold. I much prefer her quietness and calm to the more talkative and  "entertaining" SHOWROOMS others do.