Kakizaki Memi: Story from realsound.jp about her charm, and regretting her absence 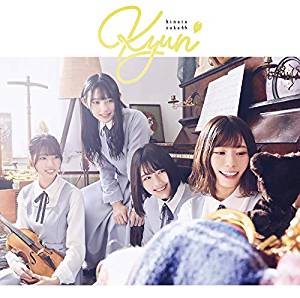 
Hinatazaka46 will release its second single, Doremisolasido, on July 17th. Amidst the excitement of the release of the title song, the one worry concerns Kakizaki Memi. Kakizaki was right in the middle of breaking out as a burikko character, but has now been missing for quite a while both from handshake events and from her place as a regular on the NHK ETV high-school course "Society and Information."

When Hinatazaka began, as Hiragana Keyakizaka46, she was double centre with Nagahama Neru, and has seemed like the group's heroine, so for her to be absent leaves a feeling something is missing. Here we will once again introduce Kakizaki's appeal.

Kakizaki is 17 years old and comes from Nagano. When Hiragana Keyaki was formed, she was the youngest member, at 14 years old. When she applied for the auditions, she was in first-year middle school. she had become enamored with Nogizaka46 videos she had seen on YouTube, and yearned to be like them.

Her catch-phrase when she joined was "Hiragana Keyaki's French doll." She liked cute things like lolita fashion and French dolls, and had a strong characterization as a little sister who liked to stick to members physically and not let go.

But on the Keyakizaka show Keyakitte, Kakenai? (TV Tokyo), Nagahama introduced her as "not a flatterer," and explained that she was someone who never lied, but just came straight out with what she felt. At that time, Moriya Akane was feared as "the sergeant," but Kakizaki said she'd like to take her on in arm-wrestling. She had a strong spirit of junior defeating senior.