I'm in the IDOL AND READ
That came out December 20th.
I was given the back cover!!!!

In any case, the outfits were super cute and the photo session was a lot of fun 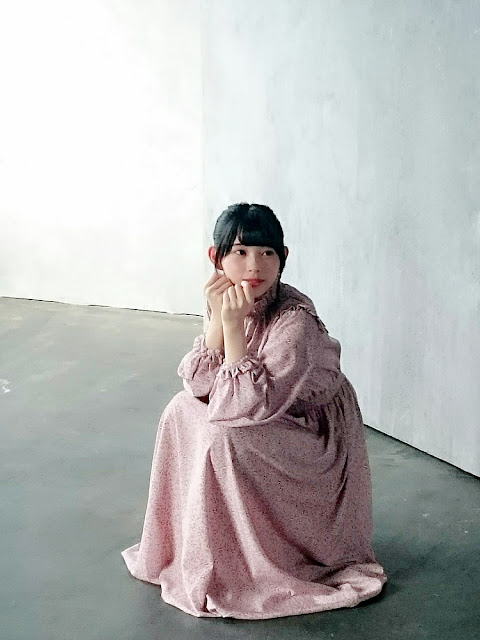 Read more »
Posted by kenkyuusei at 12:05 No comments:

Kakizaki Memi draws rave reviews for her acting in Re:Mind #10

Episode #10 of the Hiragana Keyaki drama Re:Mind was broadcast Thursday night and it belonged to Memi. She dominated the second half of the episode with her intense performance.

Here are some Japanese posts:

-- ...for a first dramatic performance by an idol, this was outrageous. The way she went from anger to being seized by madness to philosophic despair. Her instant-by-instant series of amazing expressions made me think of Jack Nicholson. This may be carving out new territory for an idol drama.  (Twitter @erohi) 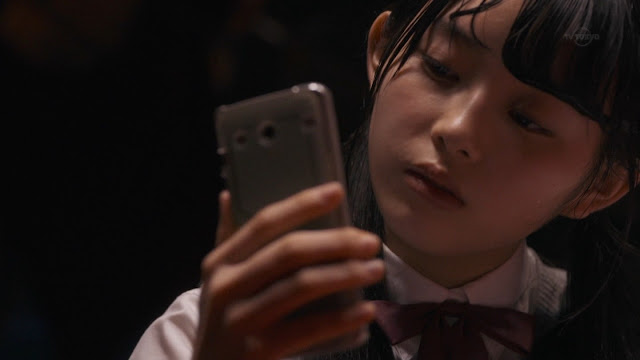 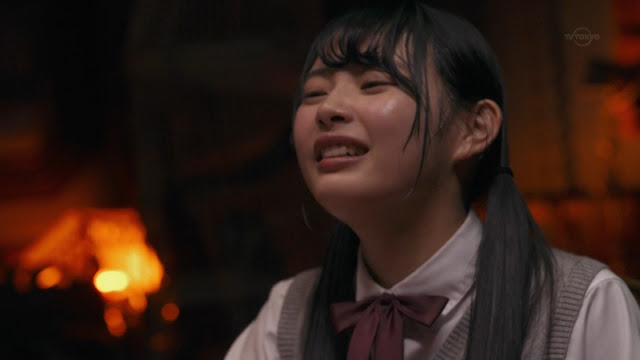 -- Now we've seen what Memi can really do. Outstanding!

-- The scene where she was apologizing to MiiPan and Kumi with such scornful eyes. Amazing.


-- It was fantastic the way she made that long speech with such a changing flow of expressions. I want to see her on stage. Her voice shook me, and made me wonder if I had ever seen anything like this before.

-- Memi-chan showed the acting ability to become an actress.

-- Memi was terrific. I wonder if offers for other dramas will come in.

-- Memi was so grand at the end 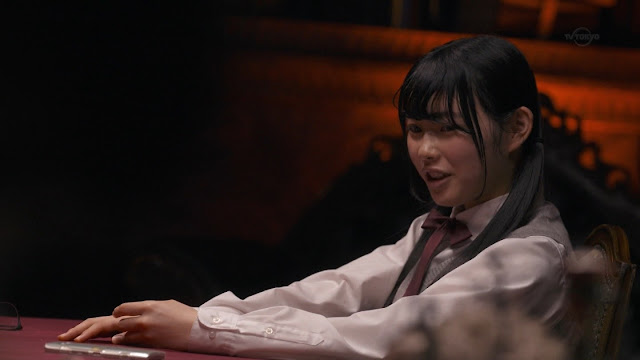 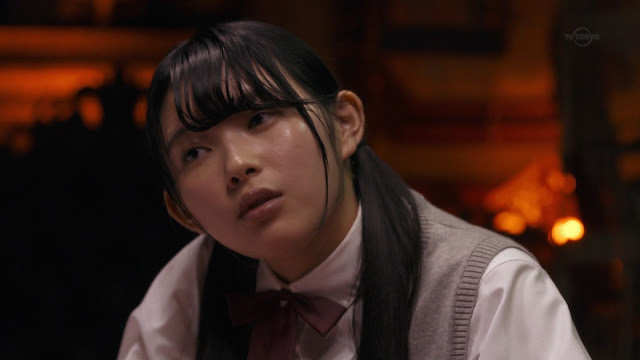 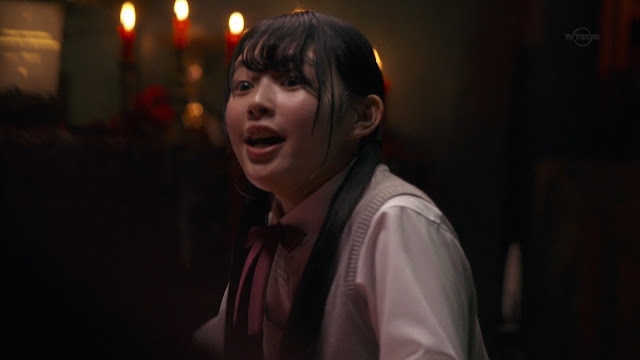 And this on Twitter from @kizuna_no_21: "Really, Memi was amazing. Her acting was realistic and powerful and draining. Her changing tempo drew you along. And her expressions were beyond wonderful. Her performance of someone who was mentally overwhelmed and breaking down was immensely skilful. And her elocution and tone were outstanding.

"Her face when she was leaning back against the back of the chair at the end. Her trance-like expression when she seemed to welcome death...." 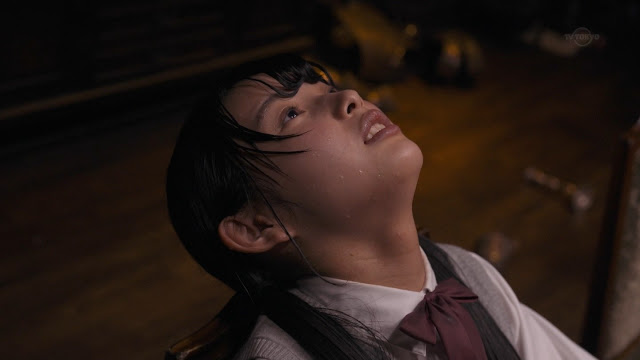 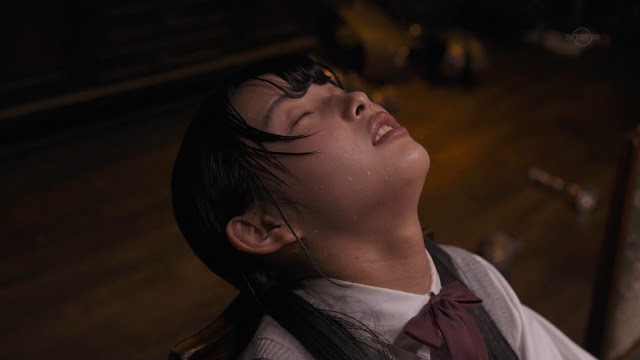 -- ...Her acting when she was driven to the wall was fantastic.

-- Memi-chan really did it. The first half was Kyonko's crying, in the latter half, Memi made me shiver with fear.

-- Memi-chan's acting when she was going mad was, in a word, magnificent.

-- Memi's acting was outstanding when she did not want to be where she was, and did not want to die, but her feelings were falling apart and she was going mad and wanted it all to be over.

I feel a bit sorry for Manafi and Mii-Pan. In ep7, I thought Manafi was excellent. And Mii-Pan has been good all along. But Memi's performance threw everything else into the shade. She seemed to be inhabited by her character.

But note that the director said she "sprouted" as an actress. This is just the first step. She was not a pro actress, just the beginnings of one. Memi's name means "sprout-fruit," which is meant to imply she is a flower, the stage in a plant between sprout and fruit. I eagerly await the appearance of the flower.

From when the photography was done in July to today,
I've been excited the whole time.

Truly, truly
It is due to you that this day has become possible.

All of you, and all the people around me,
Have been warm and kind to me from their hearts....

It's a precious, precious volume.


The theme of the collection is "youth and eternity."

No matter what age people are, and no matter how much time has gone by,
I hope the book will make them think: "This is nice."
That's the kind of collection I have wanted to make.

I hope you will go through it at leisure,
And look at it all, every bit of it. 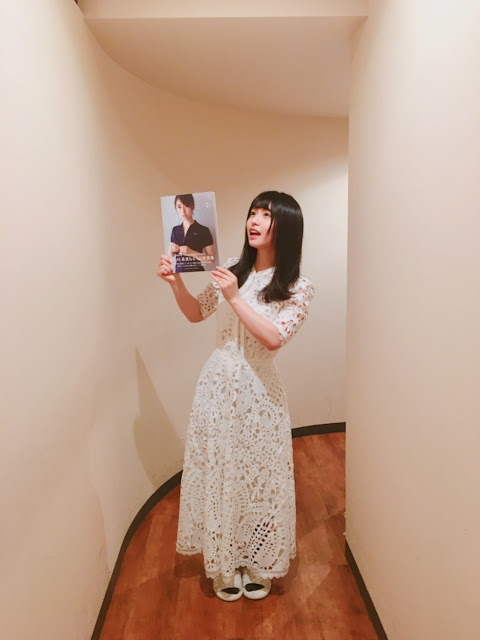 Read more »
Posted by kenkyuusei at 19:29 No comments:

As she recuperates from her broken wrist, Kakizaki Memi is quiet on the blog front, and is just returning to Message -- including a mention that she'd like to get back to Nagano and see some snow.

But Ushio Sarina, in her blog, goes into a bit more detail about the accident:

"On our last day of roller-skating practice, during the last check, Memi fell. Asked, 'Are you okay?' she answered, 'I'm fine!!' with a smile. But just to be sure, they said they'd take her to the hospital.

We kept on with our lessons.

While we were still there practicing, Memi came back wearing a cast. I burst into tears and couldn't stop crying. I remembered how Memi looked saying we would definitely make a success of this live, and my tears flowed even more.

I hadn't felt so upset in a long time.

Memi's eyes were full of tears, but she was still smiling.

I was so happy to be able to sing that final W-KEYAKIZAKA no Uta together.

During lessons and during the live, Memi was always with us!! Everyone's feelings were one.

Read more »
Posted by kenkyuusei at 22:40 No comments:


Today, starting in the morning,
I was at Shibuya Tsutaya [bookstore] 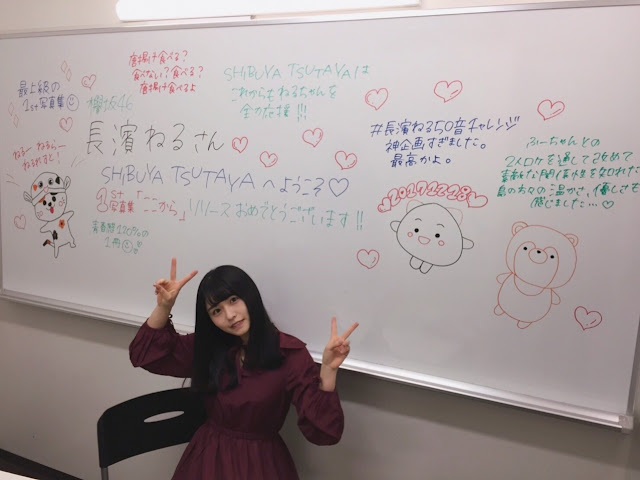 
Today in Tokyo,
There wasn't a single cloud in the sky!!

The weather today was the kind I like the most.
Although the wind was cold, I felt the warmth of the sun.

Starting tomorrow, KOWA's new commercial
For the 3D Mask will be on TV.

I was fighting...
The medal on my cheek 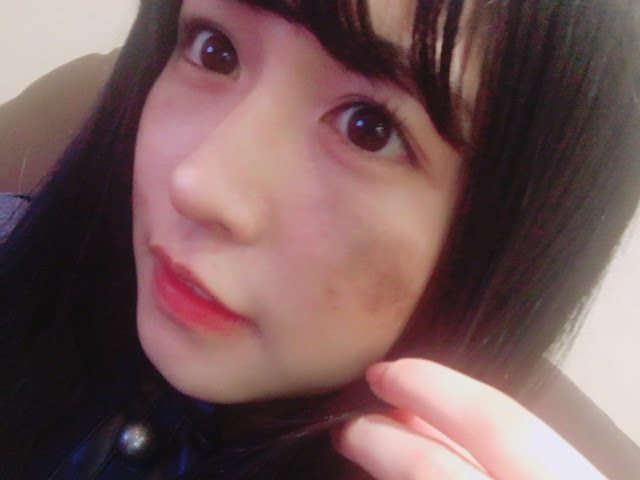 Read more »
Posted by kenkyuusei at 12:12 No comments: