Oricon has announced that Keyakizaka46 are this year's top-selling new singles artists. This is the first time a female artist has occupied this spot since HKT48 in 2013.

Keyakizaka also had the three top-selling singles by a new artist this year. This is the first time this has happened since Nogizaka46 in 2012.

Their singles placed 11th (Futari Saison), 13th (Sekai ni wa Ai Shika Nai) and 14th (Silent Majority) in total sales for the year, and were all #1 hits. This put them fourth in singles sales ranking for the year, after AKB48, Nogizaka46, and Arashi.

At the moment, it is 1pm Christmas Eve in Tokyo. People have been lining up since 8:30am to buy official goods and get into the Ariake Coliseum, where doors will open at 3:30 for the first of the group's three Christmas one-man live concerts, which will begin at 5pm.

Read more »
Posted by kenkyuusei at 20:11 No comments:

Recent 2channel discussion has pointed out that it's not just a select few members of Keyakizaka46 who get fans' support. More and more members are becoming popular, and many people simply support the whole group. The thread developed into an outpouring of Keyaki Love: 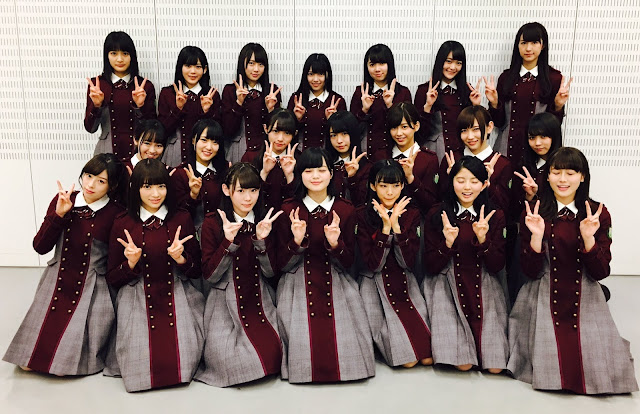 "I've always supported Mona, but recently Nen is coming up. Of course I love Risa of Za Cool, and Neru is so cute. Sugai-sama's character is superior. And I love Zuumin, too... Are there other people like this? I have too many oshis to fit in a front line. Can the rest of you get it down to 1-3 oshis?

"That's why so many people are going hako-oshi (i.e., supporting everyone in the group). They all have their attraction."

"Ikemen" Memi...and should she not have chosen green/green?

In her blog today, Sasaki Kumi of Hiragana Keyaki publishes a photo she says shows the "ikemen" side of Kakizaki Memi (the good-looking guy side). 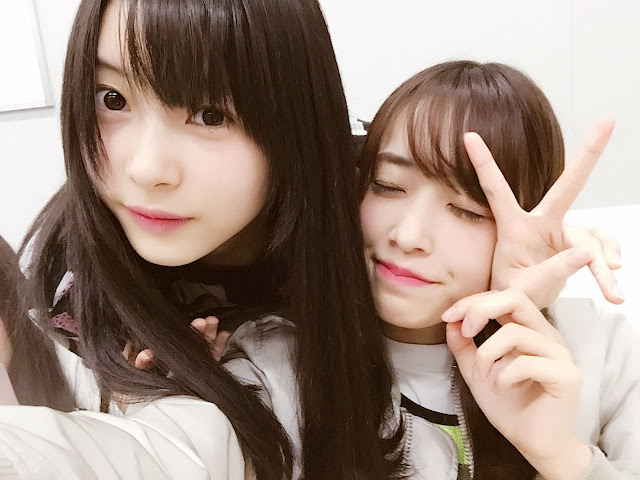 Kumi says that it's amazing how Memi just gets more and more like an adult. Memi gets mad every time she says that, she adds.

I'm not sure how Memi will react to criticism that she chose green/green as her colours on Wednesday. Some voices on 2channel say those colours are sacred ground, representing the group as a whole and two Hirate songs (Yamanotesen and Silent Majority).

I see their point, but I look at it a different way. To me, she is identifying herself with the group, rather than just as an individual. I can think of it as another version of Hirate's refusal to choose any colours. But it could stop people who do not support her from waving the usual Keyakizaka green/green, which were the colours that brought tears to several Keyaki-chans' eyes at their first concert in March.

Read more »
Posted by kenkyuusei at 21:49 No comments:

From Saitou Fuyuka's blog. At the handshake event over he weekend, she was sitting there and called Zuumin over, then had these photos taken. 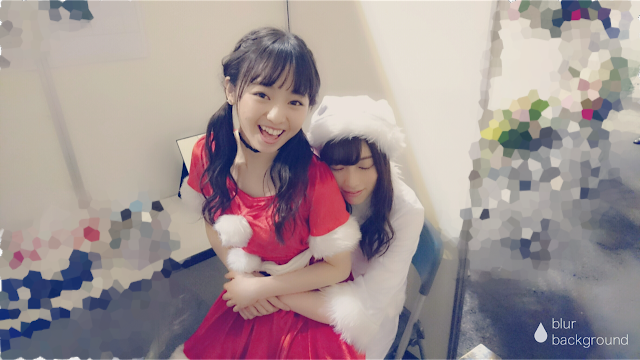 Read more »
Posted by kenkyuusei at 09:58 No comments: 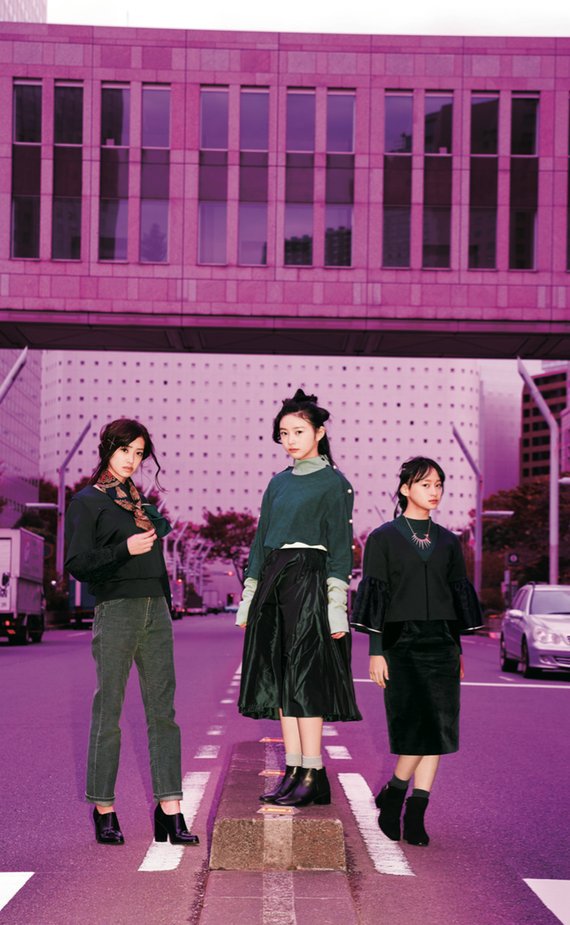 Some actual style. Memi (centre) the closest to a French doll (of a kind) she has yet come. Kumi (left) in something that suits her image, if not her personality. And Kage having kicked soccer to the curb.

Read more »
Posted by kenkyuusei at 08:38 No comments:

There have been some changes in Keyakizaka penlight colours recently (Kanji and Hiragana). The new official penlights (also called Cyalumes) lack two colours -- pink and light blue -- so members who use those colours have begun to change.

Each member has a two-colour combination for fans to wave -- except for Hirate, who has said she does not believe in members having colours, but in colours for songs.

Some Hiragana members have shifted to colour combinations that are the same as a Kanji member has. This suggests to me that they know they will be remaining a separate group. But maybe I'm over-thinking, lol.

The first Kanji I noticed changing was Neru, who went from purple-pink to purple-purple, and explained why. A number of Kanjis still have pink or light blue in their combinations. Neru returns management's affection for her with quick adjustment to the new situation, encouraging sales of the new penlights. I've also been struck by how often Neru mentions how important the lyrics of their songs are -- all written by Aki-P, of course.

The most recent member to change was Kakizaki Memi, who did not have colours until now. She has chosen green-green, which are also the overall Keyakizaka colours. Perhaps this is her way, as designated centre, of following Hirate's example and associating herself with the group.

I note that Hiragana's double centres, Neru and Memi, use the colours of the two Sakamichi groups: Nogi's purple and Keyaki's green.

I have updated my K46 members page with the new colours, and will try to keep up to date as more change. Official penlights are available from the official K46 goods store. The top two rows on that page are new goods for the Christmas one-man lives.

Posted by kenkyuusei at 23:03 No comments:

Nagasawa Nanako blog post: a name for her fans

For some months now, Nanako has been using the catch-phrase "naako-naako." She invites fans to come to handshake events and "naako-naako." There has been plenty of discussion about what this phrase means. 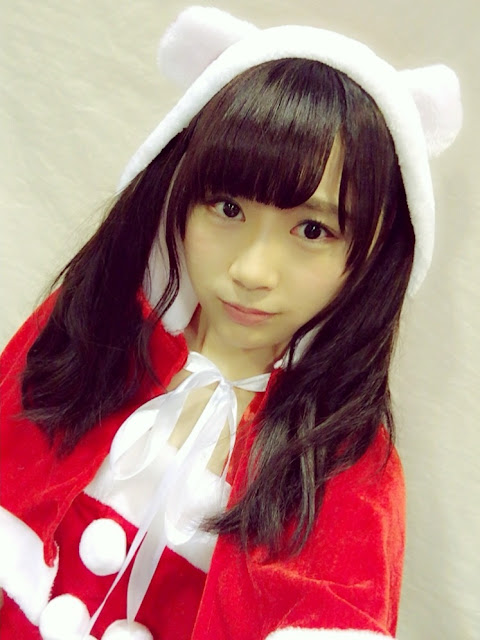 The name for my fans.

Read more »
Posted by kenkyuusei at 18:33 No comments:

Interview: Sugai Yuuka and Shida Manaka on the Christmas lives

Yukka and Mona talk about the past year, themselves, and each other. From the Model Press website.


We want to show something "Keyakizaka46-like" 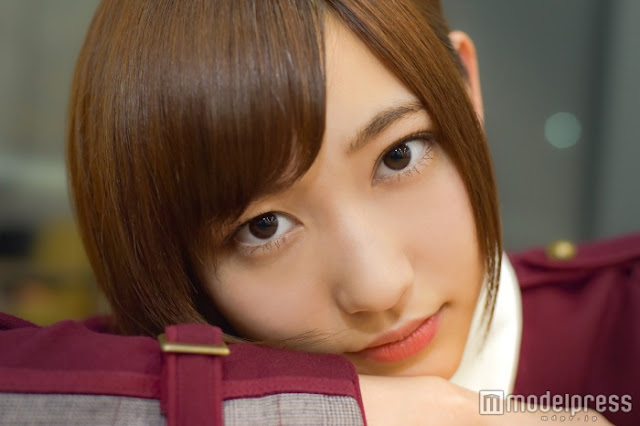 -- Your first one-man live is coming up. Please tell us what you are excited about.

Sugai: I really hope we can show something Keyakizaka46-like. By presenting ourselves straight, just as we are, I want the people who have followed us so far to say: "They've really grown." In this first solo live we'll be testing for ourselves what we have become, and it would be nice if we could present a live that surprises people.

Shida: In this first solo live,  the victory will come in how well we can communicate ourselves as we are now. We'll do our best!

Interview: Hirate and Neru on the Christmas live performances

With all the seats sold for Keyakizaka46's three live performances on December 24-25, AbemaTV, a Japanese internet TV network, will  now broadcast the final performance on Christmas Night. The Network says that free reserved slots for watching the show -- which can only be seen via computers located in Japan -- are going fast.

On its website, the network has published an interview with Hirate Yurina and Nagahama Neru, who are in the midst of rehearsals for the concerts.

-- You've done mini-lives at handshake events and so on, but this is on a much larger scale, isn't it?

Nagahama: We want to let people hear lots of songs, not just the title songs of our releases. We want to make this an opportunity to convey the good qualities of all these various songs. I'm worried that I have enough stamina, but we just have to do it. People will be spending their precious Christmas time with us, and we want to focus all our energies and go for it. After it's over, we want people to say to us: "That was a good live."

Hirate: Keyakizaka has unique choreography and songs with strong expressiveness, and there are many songs where all 21 members become one to create that expression, and convey the world view of each song. 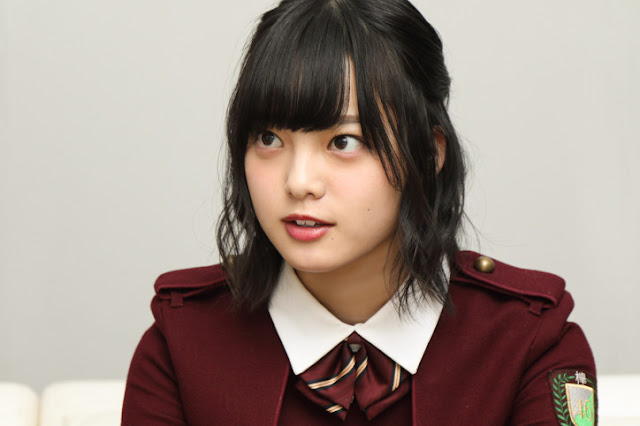 Read more »
Posted by kenkyuusei at 23:30 No comments: 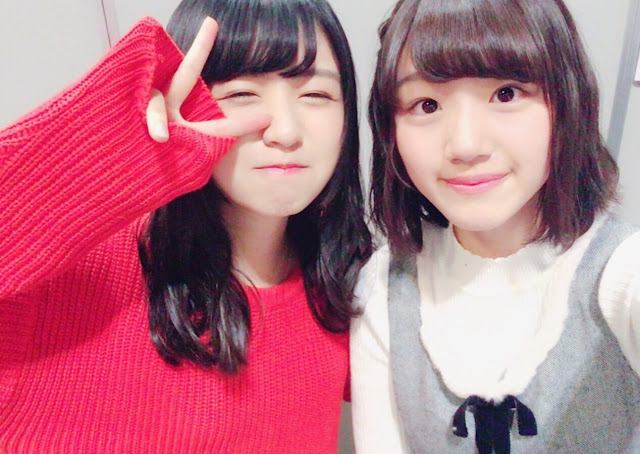 Everyone, today we've worked hard all day, haven't we!!
Let's praise each other!!!!

I truly feel that it's because the members are there
That I can make it through each day.
I love them!

Read more »
Posted by kenkyuusei at 17:44 No comments: