A few days ago, it was announced that Kakizaki Memi of Hinatazaka46 would graduate, and Hamagishi Hiyori would go on hiatus.

Memi-chan entered Hiragana Keyaki as a member of the first generation, so we have been working together since the early days.

When I heard she was graduating, I was shocked.
Even now I still don't want to believe it.

I wanted to carefully write all about her, and there ended up being so much that it never seemed to end.


When we were rehearsing together,
And when I watched her programs, her professional consciousness seemed so strong.

When I went to see the stage play Magia Record,
I remember being moved to the bottom of my heart by the way she had memorized such a huge amount of script, and by how she went out and boldly sang and acted.

I was able to work hard together with her as a member of the same Team Blue in Zambi.

In the fight scene, she really slammed into me, but I was able to withstand it.
At that time, the straight-ahead feeling in her eyes was overpowering.

She's an extremely hard worker and so cute. I respect her.

When Hiragana Keyaki became independent as Hinatazaka,
At out last joint mini-live at a national handshake event,
We had a little wind-up party.

Through our tears, we took a photo together
I remember it still. 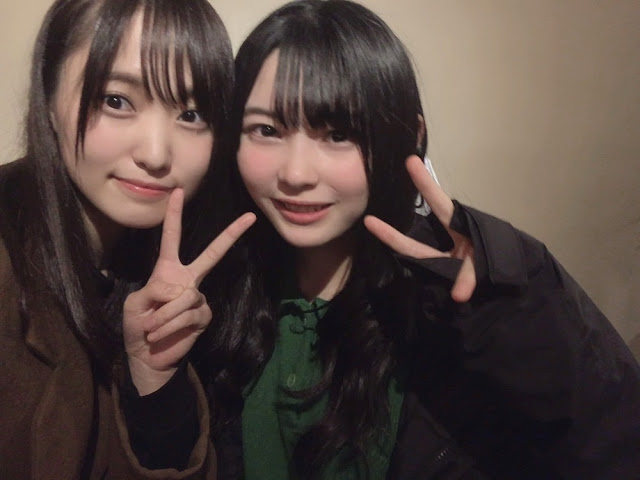 Read more »
Posted by kenkyuusei at 11:10 No comments: