Thank you for coming to the individual handshake event at Makuhari Messe!! 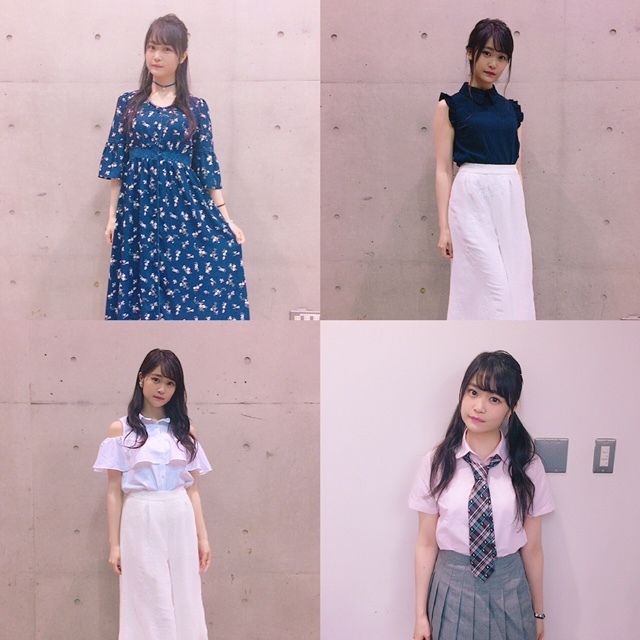 This time, all my coordinates were from titty&co ♪
This was the first time I've got everything from one brand, and I found it a lot of fun ☺︎

In the third session I cosplayed "a real high-school student"!!!
Just as all the Hiraganas wore the school uniforms from mechakari \❤︎/
They were extremely cute  ^ ^
A uniform with a necktie really is cute, isn't it ♪

Read more »
Posted by kenkyuusei at 18:38 No comments:

In the Souen magazine that comes out today, Neru and I were given the front cover.

They pinned real flowers to our heads for the shoot.
There were a lot of firsts.
We wore vintage, which I love. It was a totally enjoyable shoot!

I'll go and buy some myself. 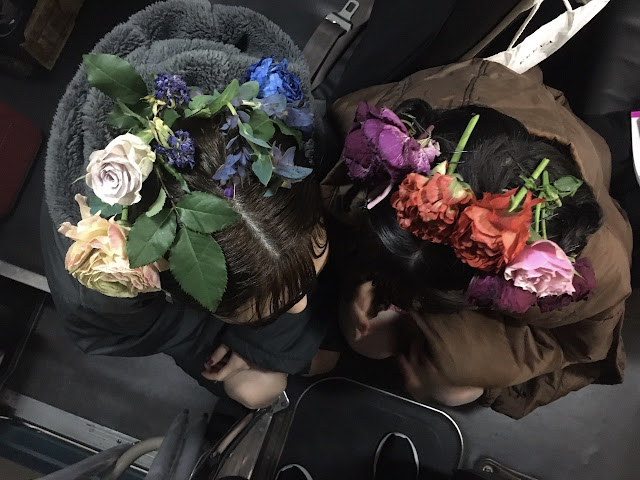 Read more »
Posted by kenkyuusei at 22:23 No comments:

Where have we seen this Nagahama Neru before?

Read more »
Posted by kenkyuusei at 19:56 No comments: 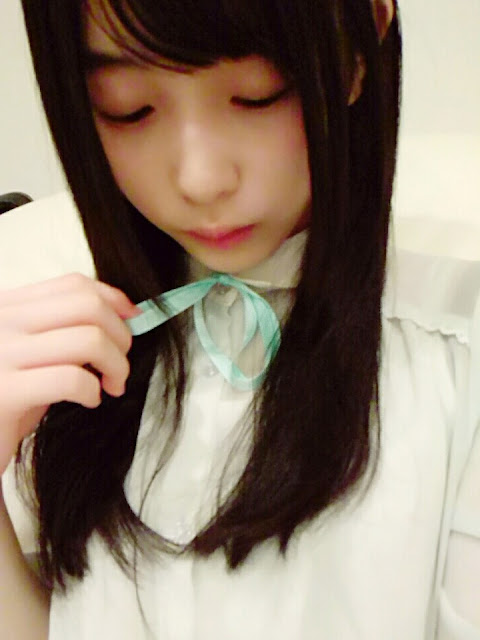 It really has a white ribbon with it, but that ended up getting lost (;-;)

I have to buy a white ribbon for it.

Read more »
Posted by kenkyuusei at 09:42 No comments:

In AKB Weekly, around six years sgo,
Sashihara Rino-san had her legendary plan
To update her blog 200 times in a day!!!!

I've gone back and read over all of them again!

In an extraordinarily busy period
To update 200 times in a day...
And to have all the updates interesting....

I was tremendously moved.

Read more »
Posted by kenkyuusei at 15:13 No comments:


Today, I woke up ten minutes before I absolutely had to leave home.

I sort of remember
The alarm going off an hour before, and me turning it off...

But to wake up ten minutes before was a miracle.

Lately, there have lots of things like that.
It seems as if my guardian spirit woke me with ten minutes to spare. 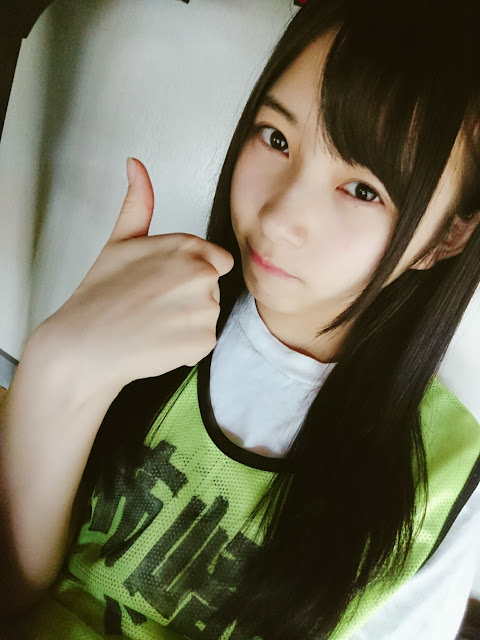 Read more »
Posted by kenkyuusei at 10:48 No comments: 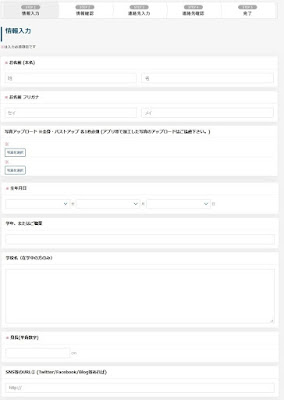 This entry form has shown up online. No mention on the Keyakizaka site, or even on the Sony audition site, as far as I can find. So I'm not sure of the status of the form. But it's pretty interesting, anyway.

Sony asks for the addresses of any social networking accounts the applicant has. Normal hiring procedure now, but particularly sensitive in entertainment.

They also ask for a short video on the subject of "My Treasure." Just like the ones we saw on Keyakitte, Kakenai for the original Kanji Keyakizaka auditions.

They ask for details of any other ongoing auditions the applicant is involved in.

They ask for your "charm points."

They ask for any special accomplishments you have worked hard for (such as abacus skills or calligraphy).

Read more »
Posted by kenkyuusei at 12:24 No comments:

At a photo session, they sent in buns.
Ah! Melon Bun! I'll have that...
Ahh, but that sausage looks tasty.
...the choco coronet looks good, too...


I showed all my indecisiveness.
But it was delicious (๑•᎑•๑)

However, maybe what I really wanted was the Melon Bun...
Maybe it would have been better just to choose the one that first attracted me.

That's what I always think. But in the end my indecisiveness continues (lol).

Feelings are what's important!
I always think too much. Maybe I should try acting on instinct a bit.

Read more »
Posted by kenkyuusei at 14:02 No comments:

We learned from Naako back in February that she and Shouji Mei 庄司芽生 of Tokyo Girls' Style 東京女子流 knew each other. Now Shouji-san has published a series of photos of them going out to eat together. With Naako wearing her new hairstyle.

Read more »
Posted by kenkyuusei at 11:45 No comments:


For two months,
It has been a  blessing to have been able to be in such a warm and enjoyable situation.

I learned again how many different occupations there are.
Everyone was so nice, and I was able to touch their enthusiasm toward their jobs.
It was very moving. 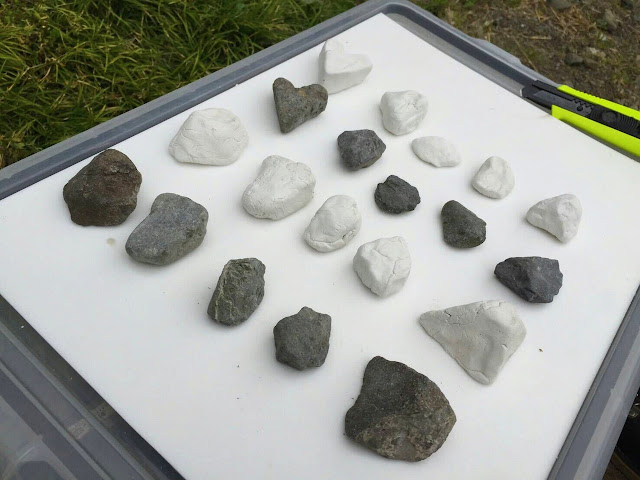 
Keyakizaka46, a year rushing forward at high speed -- "Rock is in their being"

Keyakizaka46 is the second idol group in the Sakamichi Series, following Nogizaka46. Its debut single, Silent Majority, had a strong message and conveyed the emotions of teens, and its support spread beyond idol fans. In its first week, the song sold over 260,000 copies, a rocket start that set a new record for debut sales by a female artist.

From that point, the group has continued to rise. Its second single, Sekai ni wa Ai Shika Nai (released August 2016) set a mark of 320,000 for its first week. The third single, Futari Saison (released November 2016) sold 440,000 in its first week. All three singles entered the Oricon weekly chart at #1. Futari Saison became an extended hit, climbing over 500,000 in sales and gaining a double platinum award from the Recording Industry Association of Japan.

Keyakizaka46 had taken only eight months to reach sales numbers that it took Nogizaka46 a year and five months to reach (with its sixth single, Girls Rule). At the end of 2016, only nine months after their debut, Keyakizaka46 appeared on NHK's Kouhaku Uta Gassen. And their fourth single, Fukyouwaon (released April 2017) had sales of 630,000 in its first week. The Keyakizaka46 whirlwind is showing no signs of slowing down, and is having a big effect.

Read more »
Posted by kenkyuusei at 11:01 No comments: 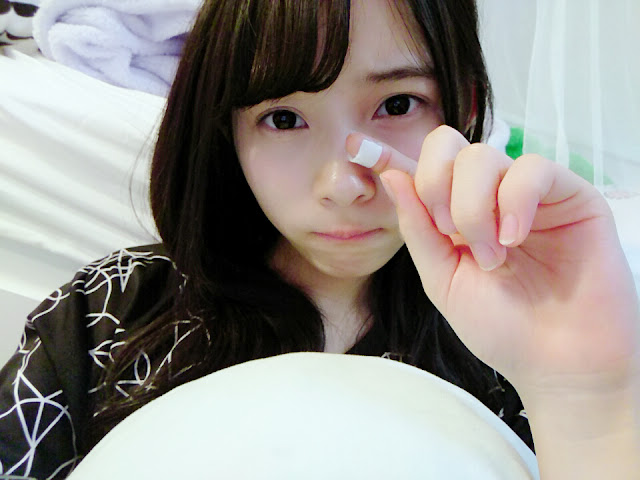 Read more »
Posted by kenkyuusei at 12:25 No comments:


I've recently noticed
That I like the times when we're moving from place to place or waiting.

Up to now, while we're traveling
I have usually listened to music.
But recently I've taken my earphones off
And have enjoyed listening to the sound of the road and the tires.

I become sort of inorganic
And feel warm and calm. ( ´･ᴗ･` )

I also enjoy the feeling of having nothing to do on a train or a bus.

I stare blankly at the scenery outside
And give myself up to my thoughts.
People all have different ways of using waiting time.
That time is something to be grateful for and to enjoy!

Read more »
Posted by kenkyuusei at 10:42 No comments: