It's gotten to be a long time since I posted to the blog. I'm sorry m(__)m

The tour has finally started.
The first two performances,  8/2 and 8/3, were in Kobe.

Since we still have a number of places to perform this show, the details are secret,
But the version of Dare Tobe! we do has been upgraded.

Please look forward to it, everyone who's coming ✧*。 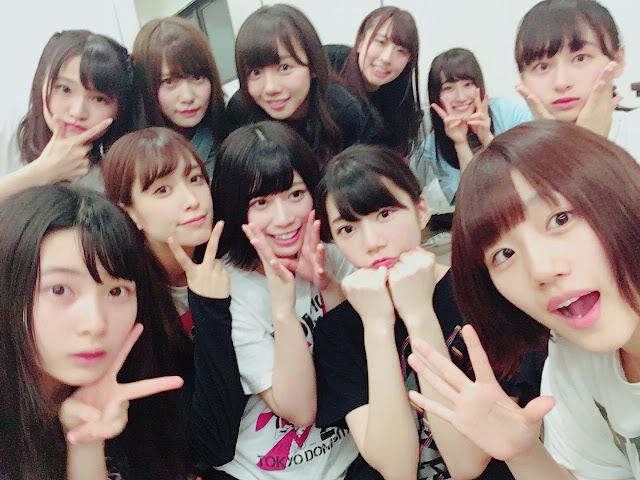 Read more »
Posted by kenkyuusei at 13:11 No comments:

Thank you very much!!

Read more »
Posted by kenkyuusei at 22:25 No comments:

A much-posting otaku calling himself Shuutta (twitter @mukaida46) says he's almost ready to believe that his reason for being born was to meet Kakizaki Memi.

Shuutta, who's a 19-year-old university student from Sapporo, buys a lot of CDs and sees a lot of idols at a lot of handshake events, Keyakizaka and otherwise. But he has become a Memi ota (as you can see from his twitter page), and after the Nagoya handshake event a couple of weeks ago, he appears to have totally fallen for her.

He had several exchanges with her again at this handshake event. Then after the lane was closed for one session, he and another well-known otaku hung around outside Memi's area and she played a bit of hide-and-seek with them, popping out from various places to taunt them.

And on the Sunday, Shuutta was one of those chosen for a special event where members sign things you own. (He had to buy even more CDs for the lottery, I believe.) 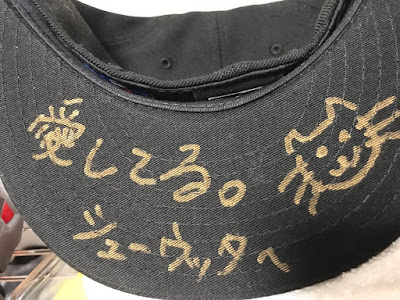 She wrote on his cap that she loved him. I think that did it, lol.

I believe this is he, from a TV interview. The caricature portrait of him below is by Memi, done at a previous special event. On it, she wrote: "Handsome (lol)."

Read more »
Posted by kenkyuusei at 21:16 No comments:

Suzumoto Miyu is the Princess of the Mona Kingdom: the subject who loves freedom second only to Manaka herself. So says a piece in the September issue of BUBKA magazine. 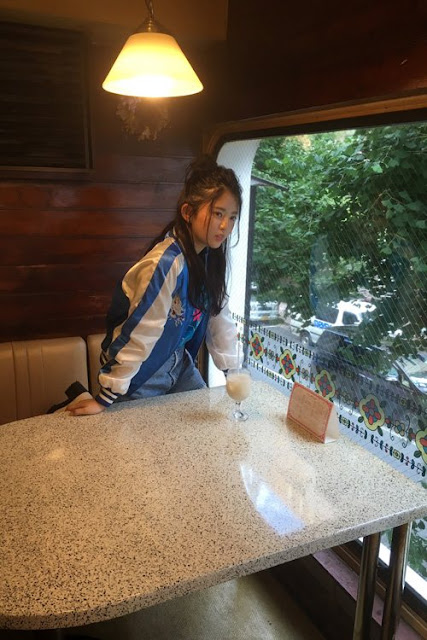 Read more »
Posted by kenkyuusei at 12:54 No comments:

Here are the members' greeting cards for August. I saw a comment that the Hiraganas' cards (the 12 at the bottom of the page here) have too many words on them! Lots of comments about the national tour, TIF, summer foods, and the heat. 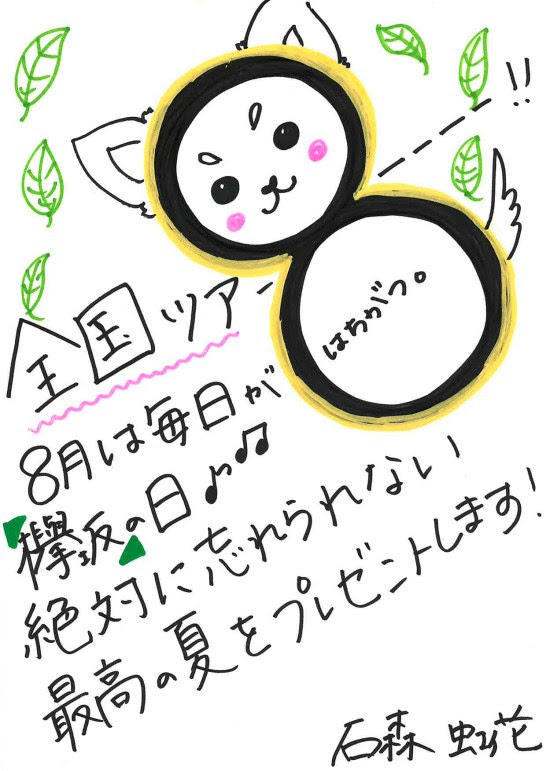 Thank you to everyone who came to yesterday's special event, and to the handshake event the day before  <(_ _*)>


I'm in the September BUBKA, which came out today ☺
I talk about various things, including myself, and Yurina!

September BUBKA, be sure to look at it. 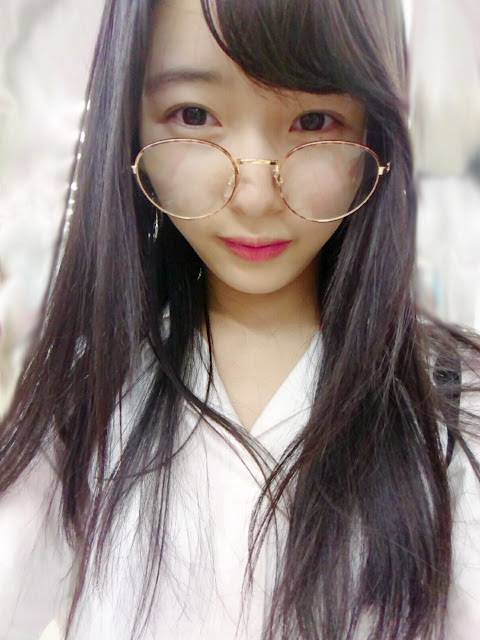 Read more »
Posted by kenkyuusei at 10:44 No comments:

Kakizaki Memi interview: "Yurina and I"

A world of their own, where the two are neither "members" nor "classmates."

With her dainty frame and good looks, she seems like a doll. But Kakizaki Memi's appeal does not lie in that alone. In fact, she bears a strong will and is fighting to succeed as an idol. Doesn't it seem almost inevitable that she would become friends with that other straight-ahead girl? Is it Kakizaki Memi's reality that only Hirate Yurina is reflected in her eyes? 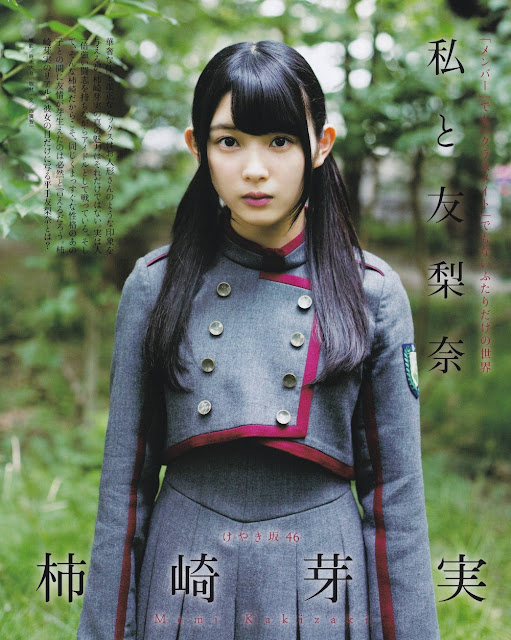