After almost a month of no blog posts at all, Neru has returned with four posts in the past seven days.

She says she was given a month's leave from writing the blog. This was probably because she was in the midst of studying for and/or writing exams to get into college. But she doesn't explain.

In her first post, on November 26, she apologizes for not being able to let us know, and says she had saved up a number of things to talk about and will post fairly often.

She makes a point of saying what an honour it is to be invited to perform on Kouhaku. She says she is still surprised and has no reaction except to wonder if they really have the stature for this. But having been given this privilege, Keyakizaka46 will bring everything it has to the performance. She hopes it will enable the group to reach more and more people, and bring to life for them the wonderful words and music they have been given.

She says so many people like their songs and surround them with support, and she thanks them all from the bottom of her heart.

Read more »
Posted by kenkyuusei at 15:49 No comments:


In athletics today at school, we did basketball!

I scraped my hand and bruised my foot!

I wasn't being careful not to hurt myself!


I think you know that Memii and I are both in third-year middle school.

We're in the same year, but our natures and what we like and how we think are all completely opposite.

But we're similar in that you soon find out what it is we think. Lol.

Read more »
Posted by kenkyuusei at 18:14 No comments: 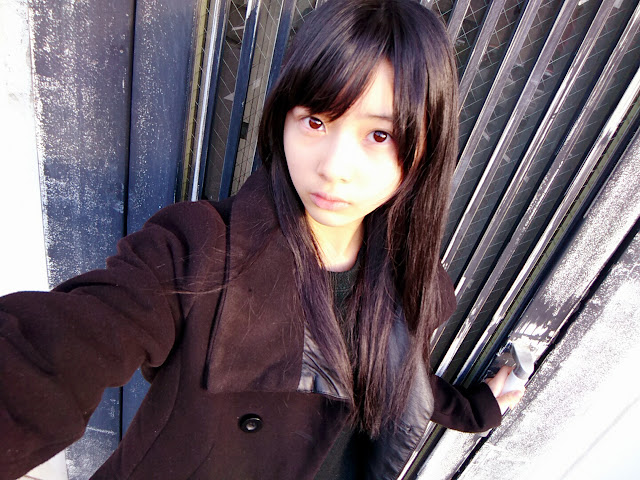 Read more »
Posted by kenkyuusei at 11:06 No comments:


Hirate Yurina is the new heroine, born in 2001. But she's not alone. There are two more members in Keyakizaka46 who are third-year middle-schoolers like her: Kakizaki Memi, with her stately good looks; and Kageyama Yuuka, with her enthusiasm for and rich knowledge about soccer. They are being talked about everywhere. We chase down the truth about this "new century combo." 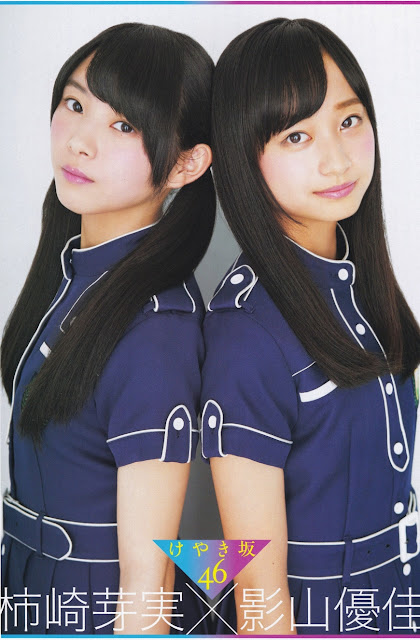 -- You are Hiragana Keyaki's two middle-school members, so there is a feeling that you are a combo, isn't there?

Kakizaki: Is that so? Thank you.

Kakizaki: Yes. We get along well.

Kageyama: I talked with Memi at the audition, when we were waiting.

Kakizaki: It was at the final judging, wasn't it?

So Futari Saison seems to be Keyakizaka46's biggest hit yet. Tuesday and Wednesday have been a Saison festival in Japan.

The big Tsutaya and Tower records stores in Shibuya (Tokyo) have extensive displays publicizing the record. Here are a couple of pics from Tsutaya:

Read more »
Posted by kenkyuusei at 15:12 No comments: 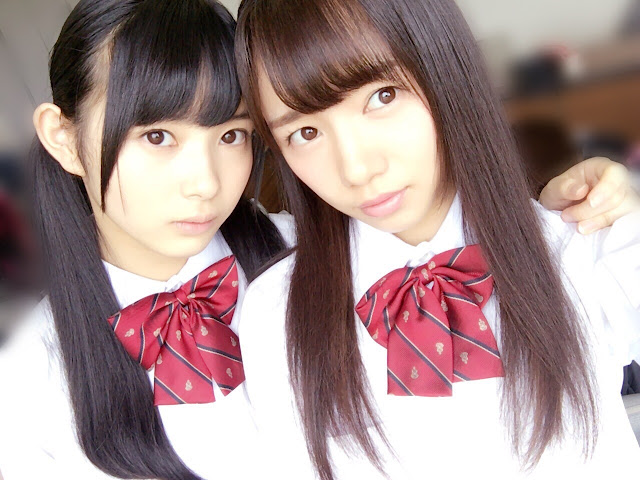 One thing I have to say when I'm telling someone about Memi-tan is:

Read more »
Posted by kenkyuusei at 14:24 No comments: