I think this interview gives an insight into aspects of Kakizaki Memi that are not so obvious. She is not really the cute, shy little thing people have thought she is, but actually strong, direct and straightforward. The very feminine side of her personality, and her tendency to fawn dependently on her elders, have misled us. Her stoic reaction to her broken wrist may be closer to the real Memi. If she is a French doll, she is a macho French doll.


Interviewer -- With your statement "I want to become a French doll" and so on, Kakizaki-san has a strongly feminine image. But from various things I've heard, I've come to think you may be someone with a lot of guts. And your manager has used the word ikemen [cool guy] about your character. 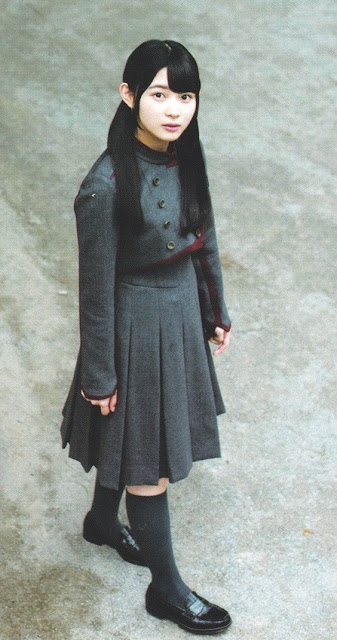 Kakizaki -- Hahaha. It's true that although I've talked about wanting to be a French doll ever since elementary school, I'm actually rather strong-willed.

Kakizaki -- Yes, that's true. I was outside doing things like climbing trees (laughs).

-- So you were actually quite a little scamp, then! (laughs) Were those the things you liked doing, rather than playing house?

Kakizaki -- In pre-school, I played dolls with my elder sister. I liked doing both. But lately, I haven't played like that, have I. (laughs)

-- Certainly, for a high school girl to climb trees would be a bit extreme. (laughs) The thing that made me think you might be someone with inner strength was hearing that after a Hiragana Keyaki performance in Tokyo, you vehemently declared to members: "I want to work harder on our performance!" Could you speak a bit more about that?

Kakizaki -- I said something like that I was not just trying to look cuter, more than that I wanted to properly work on singing and dancing. At the time, I was probably a bit angry. (laughs) We talked about things, and the members had various opinions, and we were rather scattered.

-- With what tone of voice did you say it? Were you crying?

Kakizaki -- I wonder if I was. I was sure there were other girls who felt the same, but none of them said anything. I really hated it, so I said it myself.

-- It seems you said what you really wanted to say. So your character is to be quite frank?

Kakizaki -- That's what people around me say.

This has been a great week for Hiragana Keyaki. The three songs released to us so far are all of high quality, and the Kidaishiteinai Jibun MV is terrific.

But I find myself kind of depressed. For whatever reason, Memi is hardly visible in the MV. Some people couldn't even find her. Excellent as she is there, most of her scenes can be timed in milliseconds.

Well, I'm here to make up for that a bit with reams of screencaps. Have to make up for the blindness and stupidity of the makers of the MV, lol (that's a joke; I get it). For me, Memi is by far the loveliest and most interesting member of Hiragana Keyaki. But as often happens, I find myself in the minority. I think: beauty, grace, expressiveness, determination, calmness.

First, here she is from the final scenes.

Read more »
Posted by kenkyuusei at 22:37 No comments:

Sasaki Mirei blog: Trying to come to terms with being centre 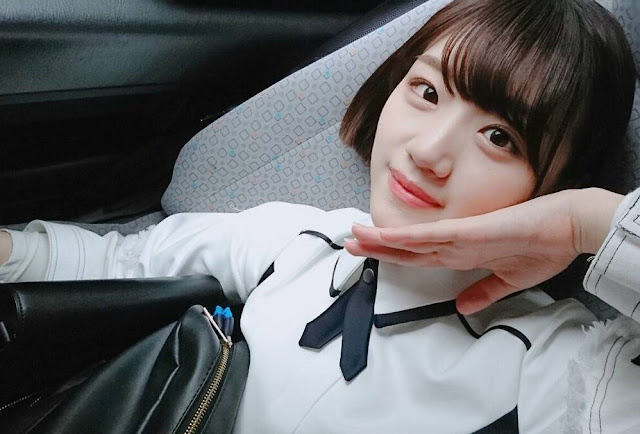 The Kidaishiteinai Jibun MV came out yesterday. [note: the title means "unexpected self"]
Have you seen it??

This will be a bit long, but I'd be pleased if you read it.

As those who have seen the MV will know, my unexpected self is that I'm centre.

The Plum Rains are on their way

The rainy season is so wet and humid.
My hair gets all tangled
And somehow I just can't get my mood up.
I don't like it much 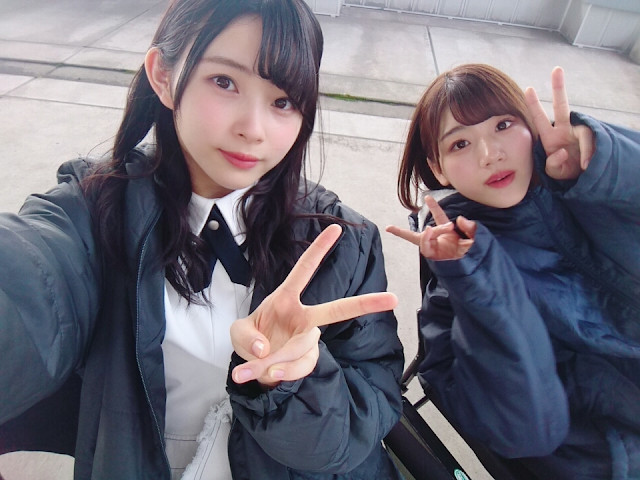 Hibiki author visits Hirate on the set...and is totally tongue-tied

Mangaka Yanamoto Mitsuharu 柳本光晴 is the one who first suggested Hirate Yurina was the right person to play Hibiki, the title character of his award-winning manga, in its film adaptation. He has finally gotten the chance to meet her, and here is a translation of his blog post about it.

Going on a field trip to a Hibiki location


I went to visit a location-shoot for the Hibiki movie. I won't write too much, just be super brief.

I finally met Hirate Yurina. Before I met her, I went through all kinds of simulations: I'll say this, or I'll say that. Anyway, more than anything I was just nervous to be meeting an idol. And it was Hirate, whom I admire so much.

And it seemed that Hirate-san had said she liked the manga. This made me even more nervous.

It was a situation where it would be fine if when she saw me, she went "kyaa" and I went "waah!" and with our eyes never meeting....

But she was beautiful. The only thing I could say to Hirate-san was: "Uh... You're beautiful...." Super creepy.

But it seemed like a very happy shoot. And she really was beautiful. She was Hibiki. Her presence. She was amazing.