Inside Story: The making of the MV for Sekai ni wa Ai Shika nai


Documenting the making of the MV

Our little magazine previously told the inside story of the making of the Silent Majority MV. When we found out that their second single, Sekai ni wa Ai Shika Nai, was going to be made on Hokkaido by the same staff, we flew right there. Based mainly on what we saw of the members and what we heard from the staff, we are now once again documenting the Keyaki revolution. We record the footprints of girls and staff as they conquer the pressure and soar over high hurdles.


From Shibuya to Hokkaido
Wide grasslands and a high-speed drone

Despite being newcomers, Keyakizaka46 had a big hit with their first single, Silent Majority, which sold over 300,000 copies. The music video (MV) has gone over 22 million hits on YouTube (as of August 6th). Following the great success of the first, their second single, Sekai ni wa Ai Shika Nai, was released on August 10th.

The various new aspects of the first MV garnered a strong reaction from the idol world. Expectations for the second single rose irresistibly. There were worries that it might fall below expectations.

Kageyama Yuuka went to the handshake event on Thursday on crutches, and greeted handshake guests sitting down. She says she pulled a muscle in her leg at school last week: 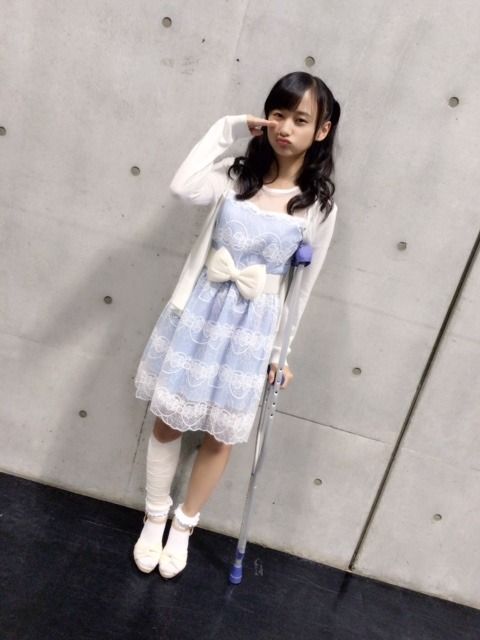 She says the leg is healing, and she feels fine, and apologizes to fans and other members for causing them worry. She delayed telling us about it, but finally felt she had to. She is eager to get back to "lessons and practice" with Hiragana Keyaki.

She was paired up with Ushio Sarina and Higashimura Mei for the handshake event:

Read more »
Posted by kenkyuusei at 10:51 No comments:

A few pics of Hirate in close contact with other members

This fantastic pic of Techi with Mona (from Techi's blog) reminded me of some other fairly intimate pics of her with other members. 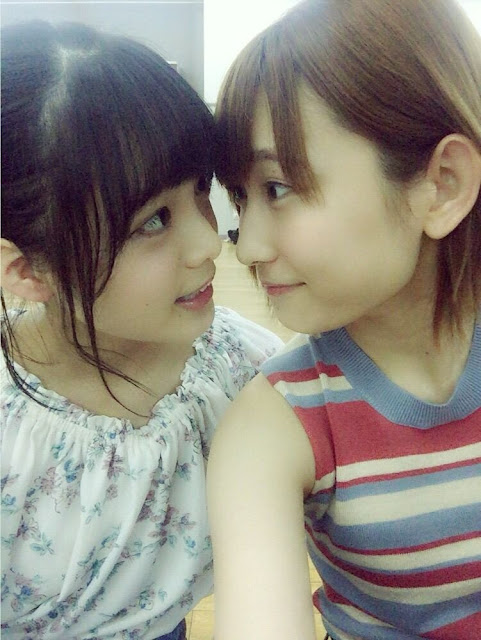 Read more »
Posted by kenkyuusei at 12:22 No comments: 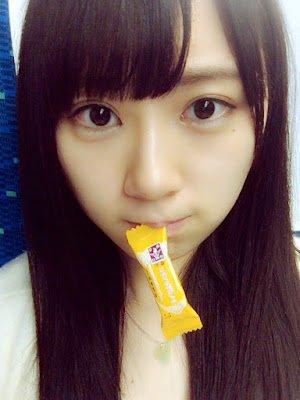 At handshake events, guests usually get only a few seconds with a member of Keyakizaka46. There are staff members known in Japanese as hagashi ("peelers") there to physically make sure that the guest leaves as soon as their allotted time is up.

Reports from Naako's lane at Thursday's Kyoto handshake event say that the peelers there (apparently "pusher" is a more common term in English) were pretty strict, using almost judo moves to hustle guests on.

And Naako was just as assiduous in keeping hold as long as possible.

This apparently led to some amusing tug-of-war scenes between peelers on one side and Naako and her guest on the other.

Naako stops at almost nothing to give her fans what they want. On her blog, she is even happy to provide such subtly provocative photos as the one above, or this one below:

Read more »
Posted by kenkyuusei at 11:11 No comments: