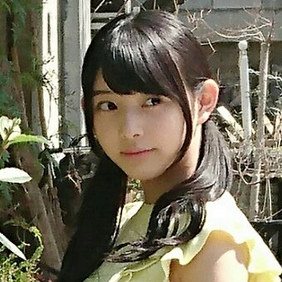 Do you all read Mii-pan's blog?

Even earlier, there was her writing "Decopene" instead of "Lycopene."
(I was the one who told her about Lycopene, and I really did tell her "Lycopene"!)

Read more »
Posted by kenkyuusei at 14:15 No comments:

Nagahama Neru blog: The work of an idol 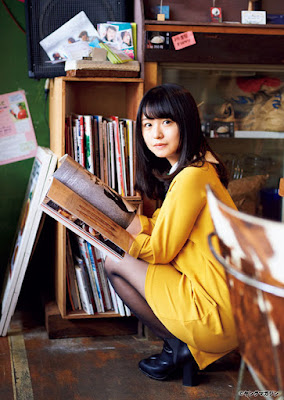 There's a show I love.
It's NHK's "Job Discovery," in which
Entertainers try out different occupations.
It's not being broadcast now, however...

I watched it when I was in middle school,
And realized that
There were all kinds of work in the world
I had the vague feeling that they all were worth doing
But also had their disagreeable aspects.

(Better to see this from an elementary- and middle-school point of view!!!)


Now it has somehow turned out
That I am working as an idol
(I'm intentionally presenting "idol" as an occupation.)

Although we today
Are not in the image I used to have of idols as
Beings above the clouds who may or may not exist.

Here in an age when all kinds of media are so developed,
Some kind of information is coming out every minute, every second.

Recently, I went to shop at the vintage clothing shop
Marte, in Harajuku!


It's the shop photographed for Souen magazine!
And all the clothes we wore for the cover were from MARTE!

Read more »
Posted by kenkyuusei at 14:21 No comments:

Kakizaki Memi blog: A sense of accomplishment, plus pics of Namba live

I apologize for being late to post m(._.)m
After a live event, I always worry over what to write, and end up being late. 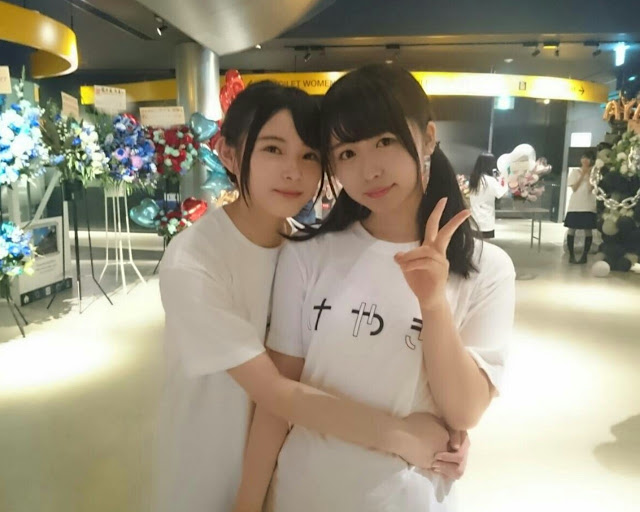 The Zepp Namba live
Was the most fun so far!

Afterward, the sense of accomplishment was amazing!~

Even though there were lots of things to work on,
It was good that Hiragana Keyaki could do a one-man live.

Having the live viewings all around the country
Was really an unbelievable honour!
We felt tied to all of you who were far away.

It has been a while since I posted this many pictures:

Lots of good cards this month. Special efforts from Kobayashi Yui and Moriya Akane. The Satou Shiori card I've enjoyed most.  Another manga from Naako. Something simple but good from Habu. Nice drawing from Berika. And I always enjoy Memi's simple art.

No card from Imaizumi: she's still not well enough to take part in group activities, it appears.

Ishimori Nijika 石森虹花 -- Summer's coming, but first a month filled with rain. I hate rain, but I'll ignore it and have a good month. Read more »
Posted by kenkyuusei at 15:06 No comments:

Full details of the auditions for additional members for Hiragana Keyaki have been posted on the Keyakizaka46 official site. 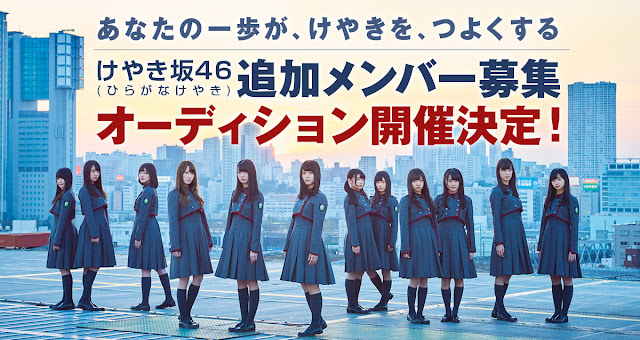 Submissions will be received until 16 June. The first stage is the application form I posted about earlier, in which applicants answer questions about themselves and include a short video.

The second stage will be screen tests conducted staff, to be given in various cities around Japan --  Nagoya, Fukuoka, Osaka, Tokyo, Sapporo and Sendai -- between July 1 and July 23. For candidates who survive those stage, there will be a third audition on August 5-6.

The final audition will be on August 11or August 13. One of those will be the date we can expect the new members to be introduced.

Read more »
Posted by kenkyuusei at 22:34 No comments:

Tomorrow is the day of Hiragana's national tour performance in Osaka!
My first time in Osaka!
I look forward to it---!

I hope I can eat some takoyaki...

Everyone who comes to Zepp Namba, or to the other live viewings, let's have fun together!

Oh, yes. There are tickets available on the day for the live viewings.
So for those who haven't yet got tickets, there is still...(ฅ•ω•ฅ)♥ 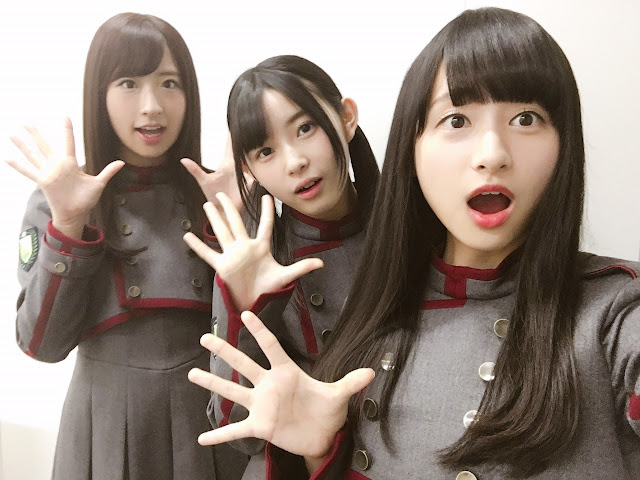 Iguchi Mao, Kageyama Yuuka and I are in the monthly Entame magazine that comes out today.
We talk about the Zepp Tokyo live and give our thoughts about tomorrow at Zepp Namba.

Read more »
Posted by kenkyuusei at 10:31 No comments:

In a salad I ate recently, there was a vegetable that looked as if it had a lot of water droplets on it.

The name seems to be "iceplant."


What is this? It doesn't look as if it tastes very good...

That's what I thought, but I went ahead and ate it.
I thought it would just be another tasty vegetable, but it was something I wasn't used to (lol).

It was so moist and crisp. Fun to eat.

I haven't seen it for sale in the supermarket or anywhere.
I wonder where you can get it.

Everyone, if you see iceplant, please give it a try. 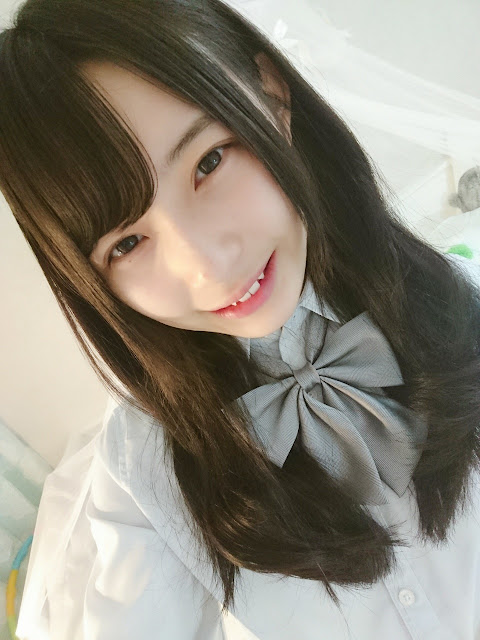 Read more »
Posted by kenkyuusei at 09:56 No comments:

Just a reminder of how good Hirate looked with that sword in last December's Brody magazine: sharp as a blade. 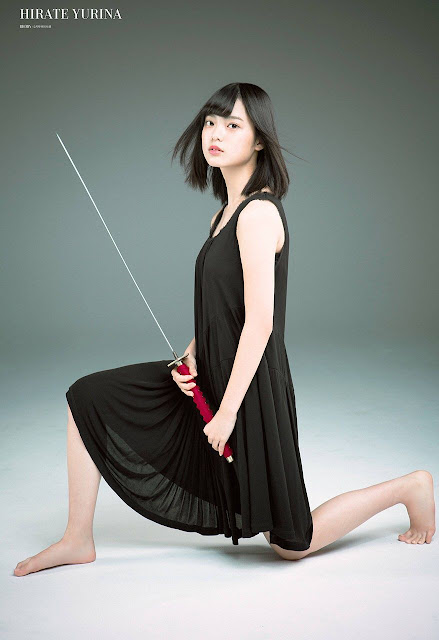 Read more »
Posted by kenkyuusei at 09:15 No comments:

Suzumoto Miyu shows how she stops Oda Nana from reading

Suzumoto Miyu is one of the culprits she mentions. So Miyu comes down and shows us how she does it:

That's Yonetani Nanami's great smile in the background. Miyu has been playing a running gag (true or false) for the past couple of months, with herself as the suitor whom Oda ignores in the same way that Kobayashi ignores Oda.

Don't you love how she rushes the last few steps?

Read more »
Posted by kenkyuusei at 22:06 No comments:

Shida Manaka blog: On the cover of Souen magazine!


Waaai! Risa brought it to me. 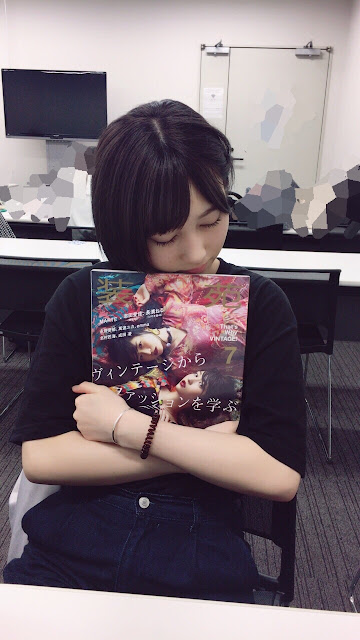 Read more »
Posted by kenkyuusei at 18:13 No comments:


Manaka and I are on the cover of the
Souen magazine that came out yesterday, the 27th.

I've always loved to read it.
For me, it's like a picture book packed with emotion.
To be published in a magazine I love so much
Is truly, truly an honour.

During the shoot, as I saw this world I admire spreading out before my eyes
I was in a state of constant excitement.

It made me want to study the world of clothing more! 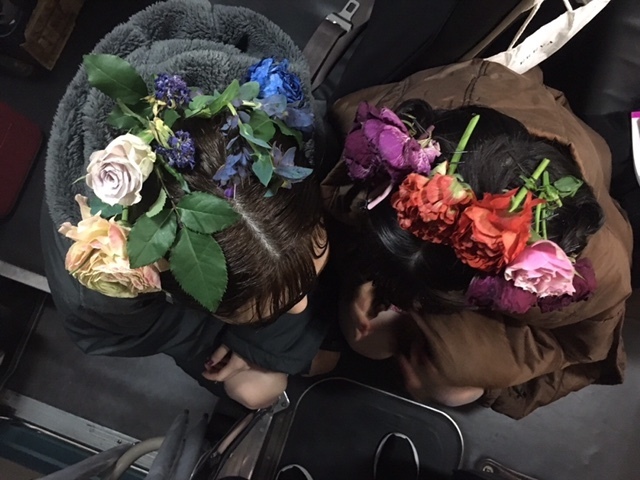 Read more »
Posted by kenkyuusei at 12:42 No comments:

Yesterday was the individual handshake event at Makuhari. 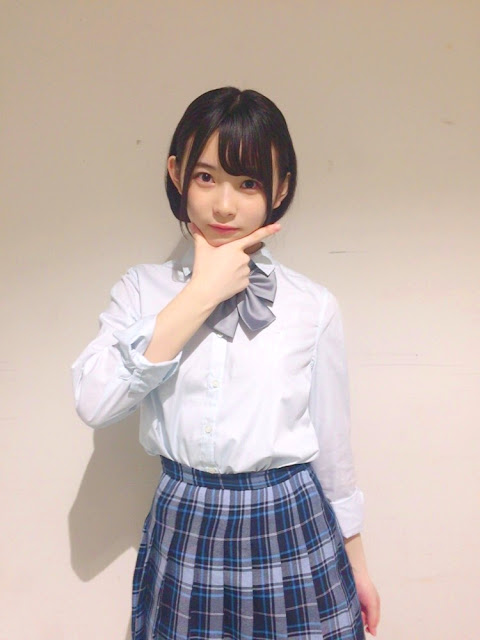 Read more »
Posted by kenkyuusei at 11:11 No comments: