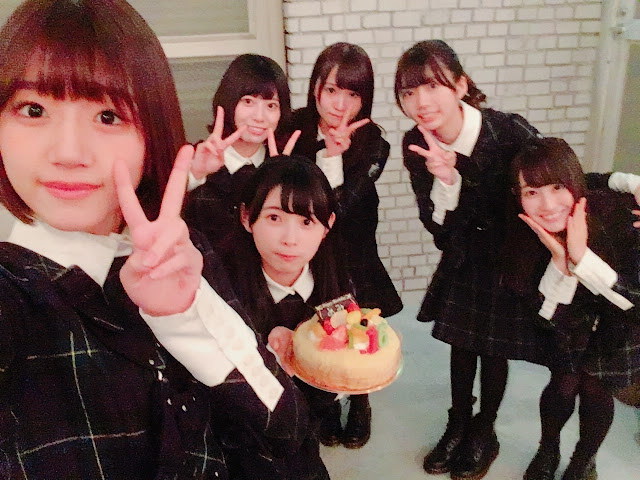 Nagahama Neru blog: Sentimental. The power of music. With Fuu-chan at Disney.

Yesterday's "Another Sky"
Moved me to tears.

The song Thelma Aoyama sang at the end
Was like a jewel stuck in my heart.


This happens from time to time.
Maybe it's true that when you become an adult
You become sentimental.

Because I keep listening to the songs I like,
I hardly ever come upon new songs.

So the moment of such an unexpected visit
Feels a bit like fate.

Thinking of that, music is amazing...
It's miraculous.

Suddenly it's December.
The "Rushing Master" month when the master is so busy.

I'm looking forward to it again this year. 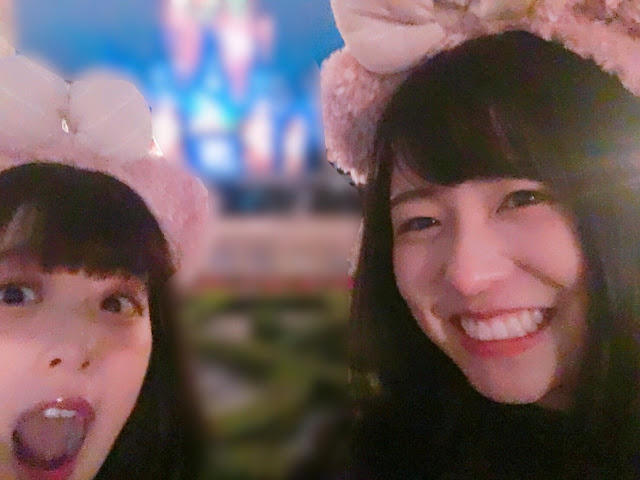 Read more »
Posted by kenkyuusei at 11:41 No comments: 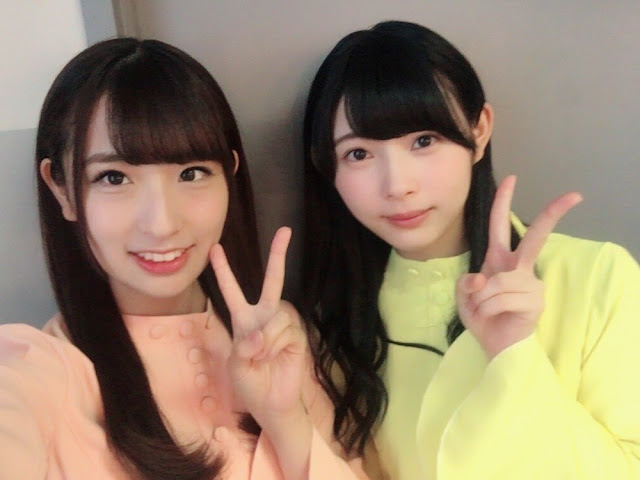 Memi-chan is cute as an angel.
I'm enjoying watching her gradually become an adult ♥

Read more »
Posted by kenkyuusei at 22:45 No comments:

Kyonko, Meimei, Kumi, Manafi and I
Are in the BOG magazine that came out November 30.
And somehow we're on the cover, too!!✧*。

Little by little, Hiragana has been getting more covers lately. It really makes me happy.
Thank you very much!! <(_ _*)> 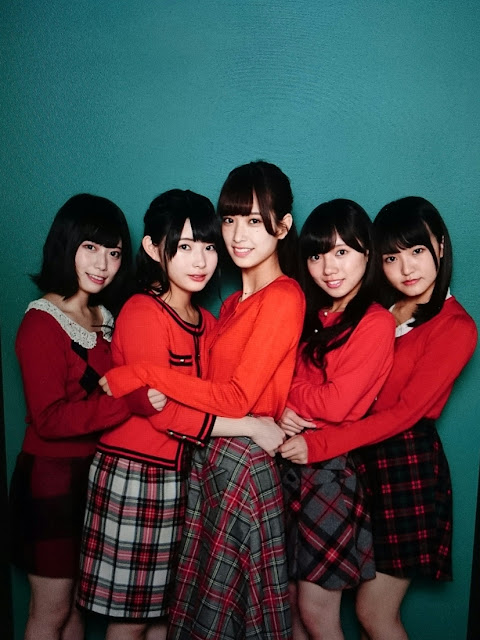 The Kanji and Hiragana Keyaki members' hand-drawn greeting cards for December. This month, the most striking cards for me are from usual suspects in Kanji Keyaki: Koike, Kobayashi and Naako. In Hiragana, Memi's calligraphy is always a pleasure to read, but overall Katou Shiho's card was the one I liked best.

But no card from Techi again this month.

Koike Minami 小池美波-- December has begun. Christmas comes this month. What is everyone asking Santa for? Merry Christmas. There's some reaction to a recent interview with Aki-P in which he once again compares Hirate Yurina with the great idol Yamaguchi Momoe.

It's from a series of TV conversations called:
Special conversation - Matayoshi Naoki's "Performers I want to meet before I die," #3: Akimoto Yasushi

...
Matayoshi: In comedians, the standard is basically "are they funny or not?" But when it comes to entertainment talents, there are lots of cute and lots of cool ones. What rule is there for deciding whether they will sell or not?

Akimoto: ...Umm. Probably having things read into them.

Matayoshi: By the people seeing them?

Akimoto: Yes. So, for example, Hirate in Keyakizaka46 or Yamaguchi Momoe, people like that, somehow make you read too much into every little thing they do. Such as when they look downcast.

Matayoshi: They are not ordinary people. 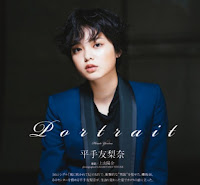 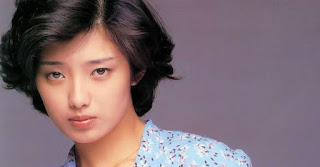 Aki-P has said this before: that Hirate is someone special, someone whom you can't help reading things into.

Read more »
Posted by kenkyuusei at 21:32 No comments:

Today
We had the chance
To perform on Best Artists 2017 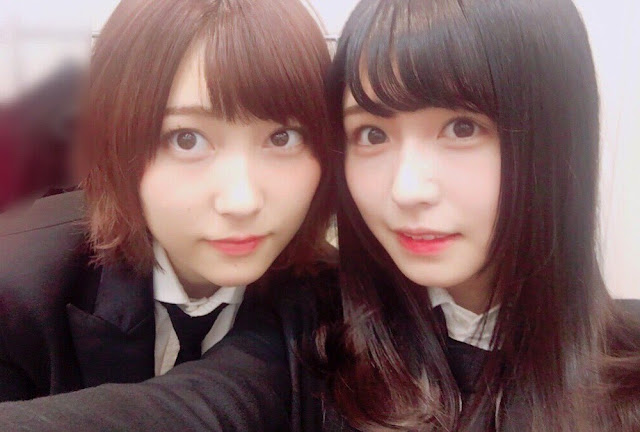 And what on earth?!!
We were able to collaborate with Itou Asako-san
And performed Kaze ni Fukaretemo together!!

Truly an honour.
I was terribly, terribly happy.

Read more »
Posted by kenkyuusei at 15:30 No comments:

Kakizaki Memi blog: Hiragana on the cover of BLT magazine!

The cover of BLT!

All of Hiragana Keyakizaka46, both 1st gens and 2nd gens,
Are in the edition of BLT magazine
That's currently on sale.

And even on the cover!!!


Miyu is interviewed in the big January BLT magazine that features Hiragana Keyaki on the cover. This is the first time I have read her speaking about the events of the summer. Here she goes:

People often say: "In Keyakizaka46, all of them are friends."
But I think we aren't just friends.
We have the kind of relationship where we can tell each other what we think.
The summer national tour was big in making that come about.
I myself had various complicated feelings during the tour.
We were carefully getting the choreo down for the songs on the album.
There wasn't much time, and we were working desperately to remember the moves.
And while were in that anxious state, the tour began.
I watched the videos of each stop with Fuu-chan,
And put together clips of the parts we had to pay attention to. Then before each performance
Fuu-chan passed them on to each member.
I too felt that as long as it was all of us together, we could do it.
But although I wanted to say things,
I'm just not very good with words....(laughs)

Read more »
Posted by kenkyuusei at 23:32 No comments:

Kakizaki Memi brief interview in BLT mag: "We want to bring a smile to people's faces"


We want to become a group that will make everyone smile. 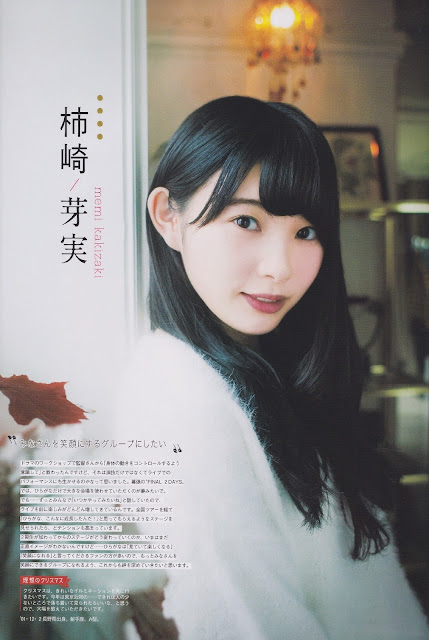 The director of the drama told us: 'Make sure you are always conscious of controlling the movements of your body.' I think that's something we should do not just in acting, but in live performances as well.

Read more »
Posted by kenkyuusei at 18:23 No comments: