I'm listening to Hata Motohiro's Girl non-stop.
One song on repeat for an hour! ( *˙-˙* )

I happened to hear it on television
And it was love at first sight! 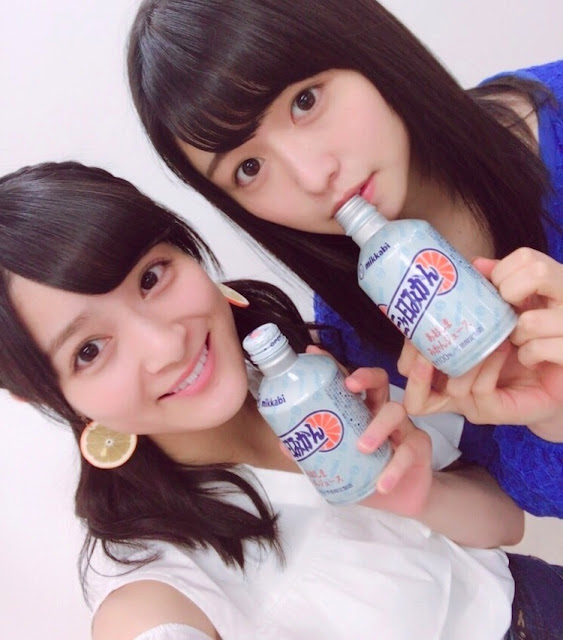 At the individual handshake event recently,
The first person who came to see me
Was a girl coming for the first time.

Coming to a handshake event for the first time,
With only one ticket, but who had really been looking forward to it!

When she told me that,
It really made me feel good from the heart.


I imagined her journey to the handshake event
And feelings of gratitude and happiness
Warmed my heart.


The people who come to support Keyakizaka46
Are all truly kind.

I've been saved by you so many times...!
Thank you very much.


Those who came to the handshake event,
Those who sent us power from their homes...
In fact, everyone was so kind 〜


If I told my past self that I had been able to experience such feelings
She would have wondered what I was talking about (´-`).｡oO

Let's keep it a secret.

The Mikkabi Mikan orange juice I got
From JA Mikkabi was delicious!

There's the juice of five oranges in each can!!


Thank you very much.

Thank you for reading.

I'm afraid it seems weird to me that not even Neru mentions the Saturday incident in her blog. The only member I've seen mention it in her blog is Sugai, who mentions speaking about it on her Monday radio show, then says she will now return to working toward their dreams. But emphasizing the positive may in fact be the best thing to do, under the circumstances.

For anyone who hasn't heard, a 24-year-old from Sapporo snuck a flare and a fruit knife in to the handshake event and was only discovered during the bag-check just before stepping in to meet Hirate Yurina and Kakizaki Memi. At that point he lit and tossed the flare before being overwhelmed by security staff. He was later quoted as saying he intended to kill a particular member, but the name was not reported.

Yurina, Memi and Shida (who was in the next lane) were given the second day of the handshake event off. Neru appeared, but was apparently verbally attacked by an early guest (the story is they called her fat) and had to retire for a while, before returning to complete the day. So thinking about the nicer guests is probably therapeutic for Neru, too. And the title of this post may be a statement that the rumour about the nasty guest is not true -- or that Neru doesn't want us to think it is. The trust between idol and fans is a precious commodity that should not be allowed to be damaged.

Here is the song Neru mentions at the beginning of the post. And here is a translation of the  lyrics. Beautifully sung. And ever so romantic.

Oda Nana (in the picture) comes from an orange-growing area in Shizuoka prefecture. The JA Mikkabi company there sends oranges to the group every year.
Posted by kenkyuusei at 09:27