Music producer Akimoto Yasushi (62) appeared live on NHK’s Gogonama. He spoke about the idol group Keyakizaka46 (now Sakurazaka46), which he produces, and revealed that he used their un-idol-like appeal to create their debut single Silent Majority. 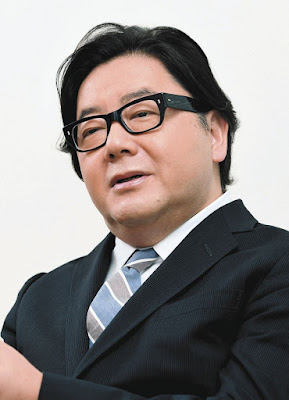 Normally, the image of an idol is to be cheerful and communicative. But when members came together for the Keyakizaka46 auditions “you wouldn’t think it was an idol audition. They didn’t smile and didn’t make up to people. They were strange girls.”


This unpredictable charm gave him the idea that when parents and teachers told them things they did not believe themselves, modern young people may wonder if they might not be able to express their own ideas. That was the beginning of the group’s debut song Silent Majority.

“Although there were people at the time who criticized the paradox that it was an adult who had them sing ‘Don’t let adults tell you what to do’,” he explained, “I thought that was the way of doing it which would be most effective.”

Akimoto-sensei is to some extent just defending himself against the criticisms of that "paradox" -- which I well remember -- but I'm sure that what he is saying is also true.

The first publicity for Keyakizaka made them look like any other idol group, with frilly clothing and smiles. But as you saw them reveal themselves on their TV show Keyakitte, Kakenai?, it became clear that many of them were not really idols in the usual mould, but normal girls, and that a few of them had rather definite and somewhat rebellious personalities. They didn't say -- didn't seem able to say -- the things they would normally be expected to.

He came up with the strange idea of a bold message song from a point of view he imagined as that of the rebellious ones, and with Bugbear's music, Takahiro's choreography, the construction-site MV, and Hirate Yurina's expressive talent, the whole project took off in March 2016.

The song's great success possibly surprised Akimoto-sensei as much as anyone. I sometimes wonder if the "message song" idea was a move of desperation, something he came up with when he and the rest of management saw that the group might not be able to make a success of a more normal idol song.

I was a big fan of the early Keyakizaka46, and it was their own personalities that first captivated me: many of them could not produce professional smiles and seemed unable to express things they did not actually feel.

I still like these inabilities, as I see them in some of the newer members of Keyakizaka's successor group, Sakurazaka46 (especially Fujiyoshi Karin). But these things are stumbling blocks for a real idol group, in which members gain popularity by being able to convincingly smile and make up to -- I almost wrote "suck up to" -- fans.

The necessity of these professional abilities may be why all my Keyaki favorites have now left the group -- Hirate Yurina, Nagahama Neru, Suzumoto Miyu, Shida Manaka...and the Hiragana Keyaki member Kakizaki Memi. It might also be part of the explanation for why the group ended up faltering.