Nagahama Neru interview: how her friends helped her move forward

Interview in with magazine, March 2021.

Nagahama Neru: “It was myself the words I spoke hurt most.” And how her friends’ words led her to change her way of thinking. 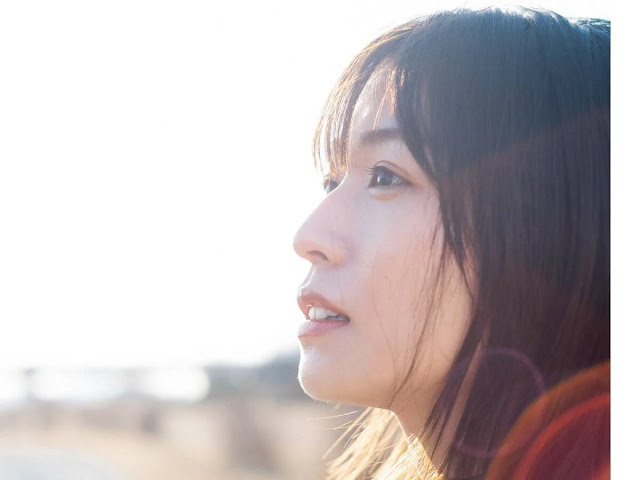 As much as possible, I didn’t want anyone to hate me. I chose work that involved standing in front of other people, so I became someone who took direction from what I saw in other people’s faces.

But after I turned 20, bit by bit I gave up on the ideal me I had drawn for myself. “Oh, well,” I said, I’ll just accept my failings. And from then I have found a solid way to move forward. 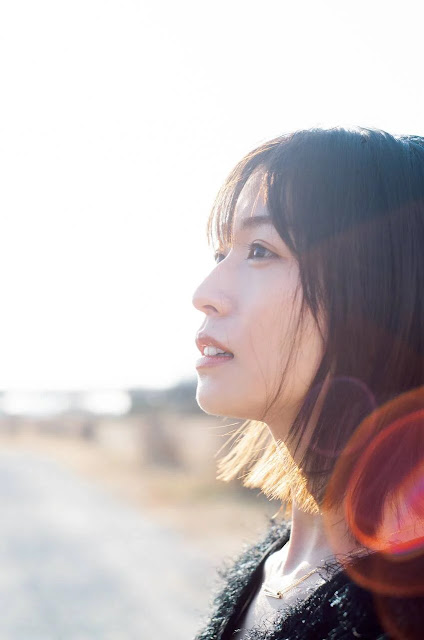 Nagahama Neru. Born in Nagasaki 1998.09.04. Grew up in the Gojima Islands from age 3 to age 7 . Debuted in 2015 as a member of Keyakizaka46. Engaged in many activities, including being Nagasaki Tourism Ambassador. In July 2019 became a regular on 7Rules (Kansai Television/Fuji Television). Her essay “Afternoon Nap in the Evening” is being serialized in Da Vinci magazine. Has recently become addicted to reading little kids’ manga on her phone.

I’m the type who takes direction from the expressions I see on other people’s faces. From the age of three up to first-year elementary school, I lived in the Gojima Islands (Nagasaki Prefecture). I was an active child and just liked what I liked. My parents moved a lot for work, and I moved to the mainland for elementary school. The gap between there and the islands overwhelmed me. I was afraid to impose myself into other children’s relationships, and ended up becoming quite withdrawn.

At that time, the only thing I was excited about was reading. I dreamed that somewhere there must be a place that I could live freely.

Moving to Tokyo, I met people with many ways of thinking, and my feeling that I wanted be anywhere but here went away. But I had an inferiority  complex about myself as an idol. I wasn’t good at either singing, I wasn't good at dancing. “I can’t do anything,” I thought. I was always afraid of being told I was nothing….

At that time, I constructed an ideal self. My image of what I wanted to be like was very strong. The gap with who I was in reality bothered me a lot. When I couldn’t do something, it was very depressing.

But after I turned 20, I gave up and said: “Oh well, that’s how it is.” When I made mistakes or said the wrong thing, I still felt as if I was being pricked by thorns. But I began to wonder “What are my good points?” and began to think more about what I liked and what my own interests were.

Reading books, recommending books to people, the clothes in films…. There were lots of things I liked, and I thought that by tying them in with my work, I could became happy.

A big stimulus for changing how I thought was when the people around me -- very cheerful friends whom I was always happy around – told me not to talk about my feelings of inferiority.

Up to then, since it made me so unhappy to have things pointed out about me that I didn’t like, in self-defence I would get in first and put myself down. But I was the one who was most hurt by what I said.

From that advice to stop, I realized that there was no way everyone would like me. It’s only recently that I have given up that ideal me. And now it’s a bit easier to live (laughs).

After graduating from the group, and beginning to work on my own, I have gradually come to be able to do work where I can speak my own words. And this has probably had a big effect on my “oh, well, okay then” way of being. The essay that is being serialized in Da Vinci, at first I was editing and reediting it over and over, and the first draft was just completed last week. Just the day before yesterday, I was in a rush because of hearing something like “It’s going to be serialized, so starting this month may work.” (laughs)

Recently my way of being has become “coming to an agreement” and “going along with my lax self.” (laughs) 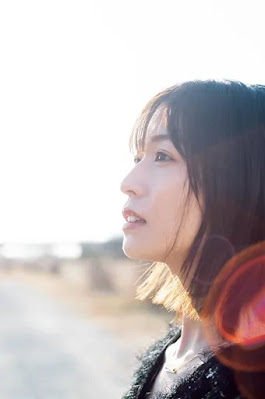 Soaking in the bath.

Eating what I want when I want.

Q4. What would you do if you weren’t doing this work?

I’d be a librarian.

Q5. If you had a time machine, would you go forward or backward in time?

Q7. What was your dream when you were little?

To work in a factory.

Q8. What do you wear as your “do-or-die outfit” these days?

Q9. What do you do when you’re feeling down?

When I’m feeling lowest, I go to a film.

Camp out in Hokkaido under the stars.