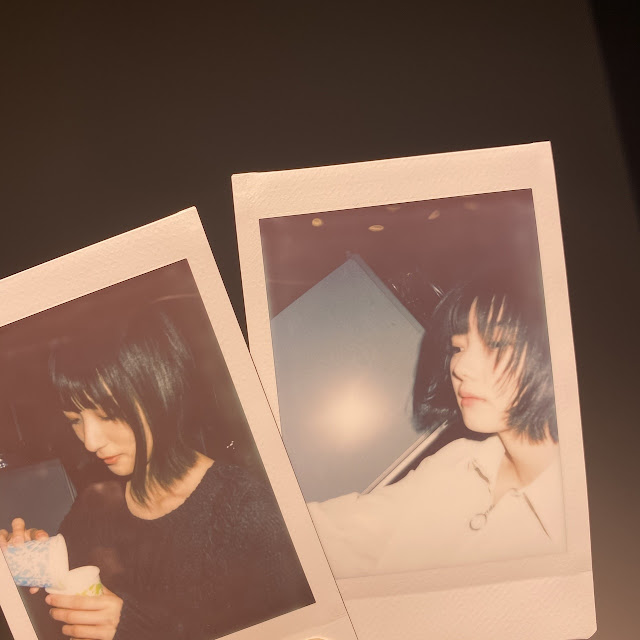 We tried taking some instant prints 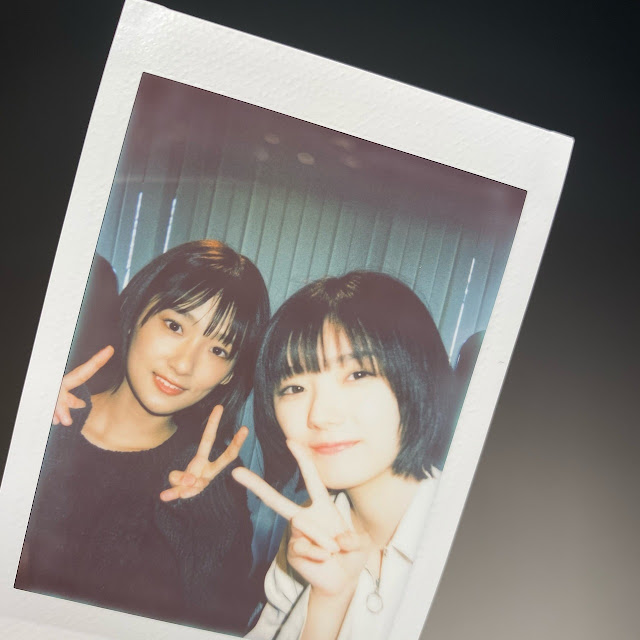 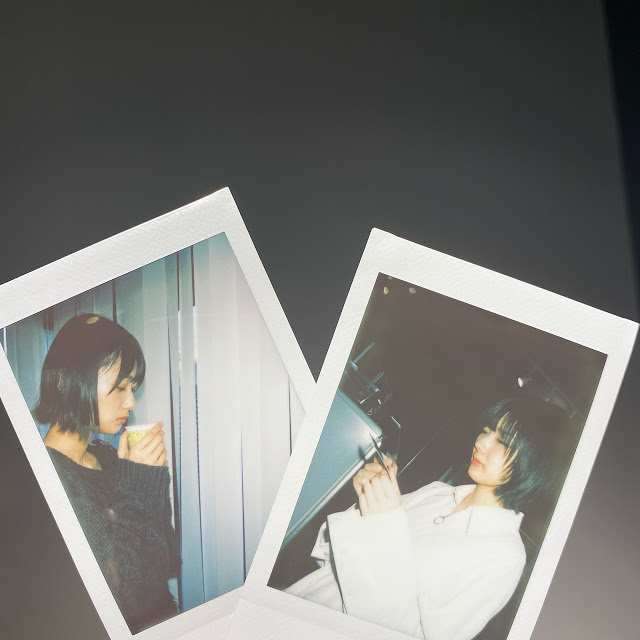 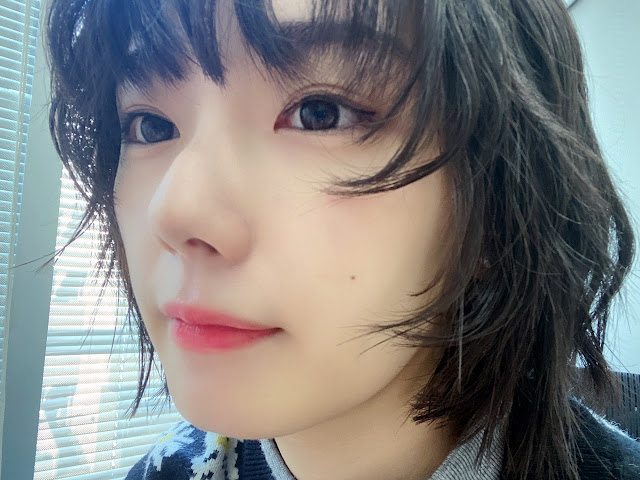 And thanks for Meet & Greet

________________________________________________________
"Meet & Greet" is the online equivalent of handshake. They have been doing handshake this way during COVID. There was a session over the weekend, and Wednesday was the first day for fans to apply for places for the Meet & Greet sessions for the the 2nd single, "Ban".
I love the last photo, for Karin herself and for her "unstyled" hairstyle. Comfortable image.
Most photos in members' blogs are reversed horizontally, I believe that's so that any stray trade names in the background will be at least symbolically unreadable. With Karin, the mole on her lower left cheek is the sign I use for deciding which way around the photo should be. So I reversed this photo from the way it was posted in the blog.
In the case of the instant prints (called "cheki" in Japanese) there isn't enough detail to see the mole, so I went by the direction of the bangs on both Karin and Inoue. They seemed to me to be the same right-to-left they are in publicity photos, so I did not reverse them.
Most people look slightly different in a mirror image than they do in direct view, so I overdo things in this way.
Make sure to see the new MTV INSIDE Sakurazaka46 #2 hour-long TV show. Half of it is devoted to Karin, and to detailed discussion of the choreography and lyrics of the songs Plastic Regret and Naze Koi wo Shite Konakattan Darou, both of which are centred by Karin. There are also full performances.
Karin's dance is the best in the group, in my opinion. Certainly the most graceful. Suzumoto Miyu was better technically, but I think Karin is the most graceful dancer Keyaki/Sakura has ever had. She makes full, sharp and elegant movements.
And she has some of Hirate's force and drama in her presentation. It seems to me that every move shows conviction. She makes movements fully and precisely, as Suzumoto used to do, but adds an emotional conviction that fills them with meaning. Her performance in Naze Koi, in particular, is true art.
She says in the wonderful interviews in the video that when she saw the lyrics to Naze Koi, all about love, she thought she couldn't do them. But she spoke with people and thought about them and came to an understanding of her own that let her do them with the conviction you see in the video.
On the show, Karin couldn't put that understanding in words, but Inoue said that Karin and the group thought of the song as coming from a moment of rebirth: the protagonist's rebirth from someone who made fun of lovers to someone deeply in love, and the rebirth of the group as Sakurazaka. I think Karin may have thought of the song's lyric: "I'm not being me. I want to find the real me."
Karin being interviewed in the video: 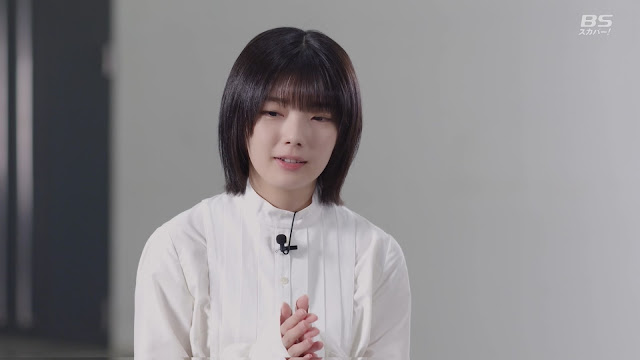 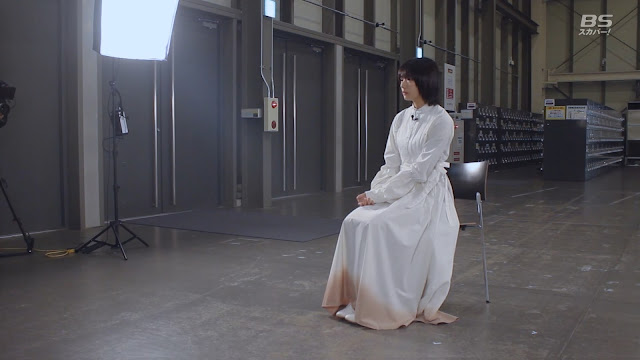 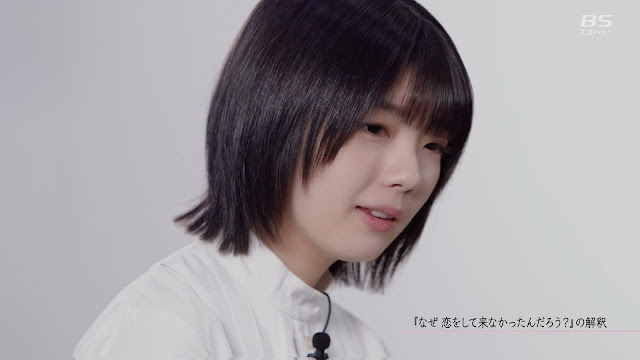 Brief YouTube clip:
You can find the whole thing on the Chinese site bilibili.com as "MTV INSIDE Sakurazaka46 #2". The first half-hour is about Karin, the second is about Ten-chan.
Posted by kenkyuusei at 11:22