Kumi, Memi and Shiho -- "The Surreal"

Sasaki Kumi (20), Katou Shiho (18) and Kakizaki Memi (14) seem to be together often, especially considering that Memi lives at home in Nagano, and not in Tokyo.

Both older members of Hiragana Keyaki have professed that they get cases of "Kakizaki loss" when Memi is not around.

Now Kumi has come up with a provisional name for the trio. You've heard of Za Kuuru ("The Cool," Shida Manaka and Watanabe Risa). Kumi has called the Hiragana three Za Shuuru ("The Surreal").

She has posted photos to prove it. Such as this one of Kumi and Shiho playing with Memi's hair: "Since Memii's hair is so long, we can play with it to our heart's content": 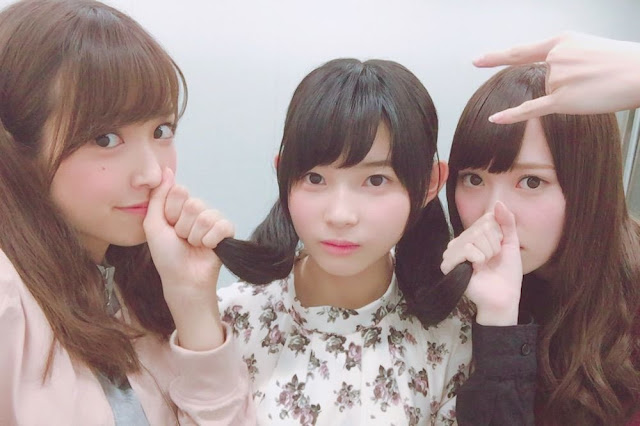 And this is the photo Kumi called "The Surreal": 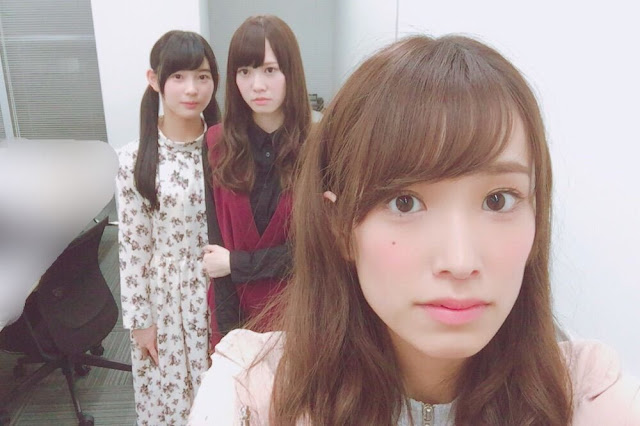 Kumi says Memi took her phone without permission and took some selfies -- but Kumi won't show them to us, they are her own personal treasures. This is exactly what Memi said about a pic she took of Neru.

All three members of "the Surreal" are pretty and pretty interesting. I didn't get Kumi at first, but she becomes more and more real as time goes by. A third-year university student, she could be the madonna of the Hiraganas, kind and capable and interested in others -- but with a slight ponkotsu quality to make her more approachable.

And there is something nice about the recent trip she took with "Papii" (her father) to Fukuoka, in Kyushu. Here she is at Yanagawa, in Fukuoka: 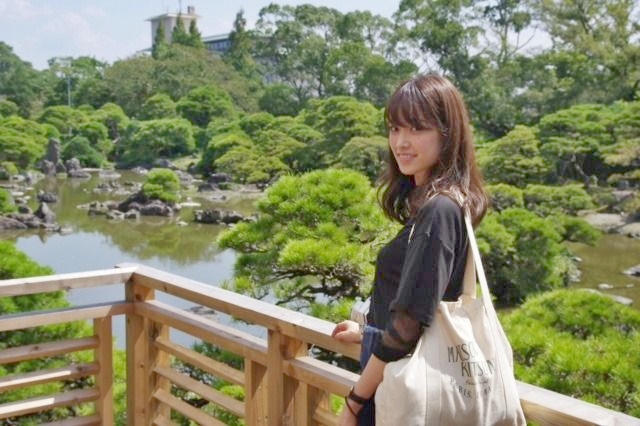 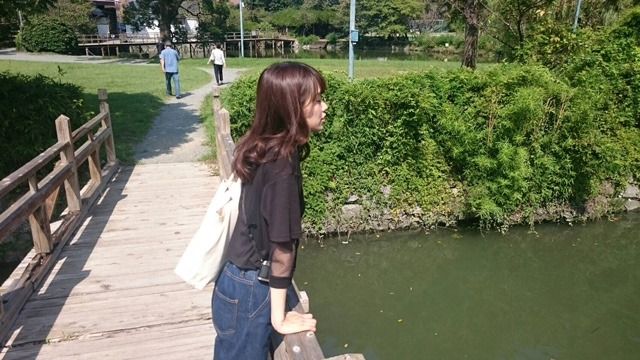